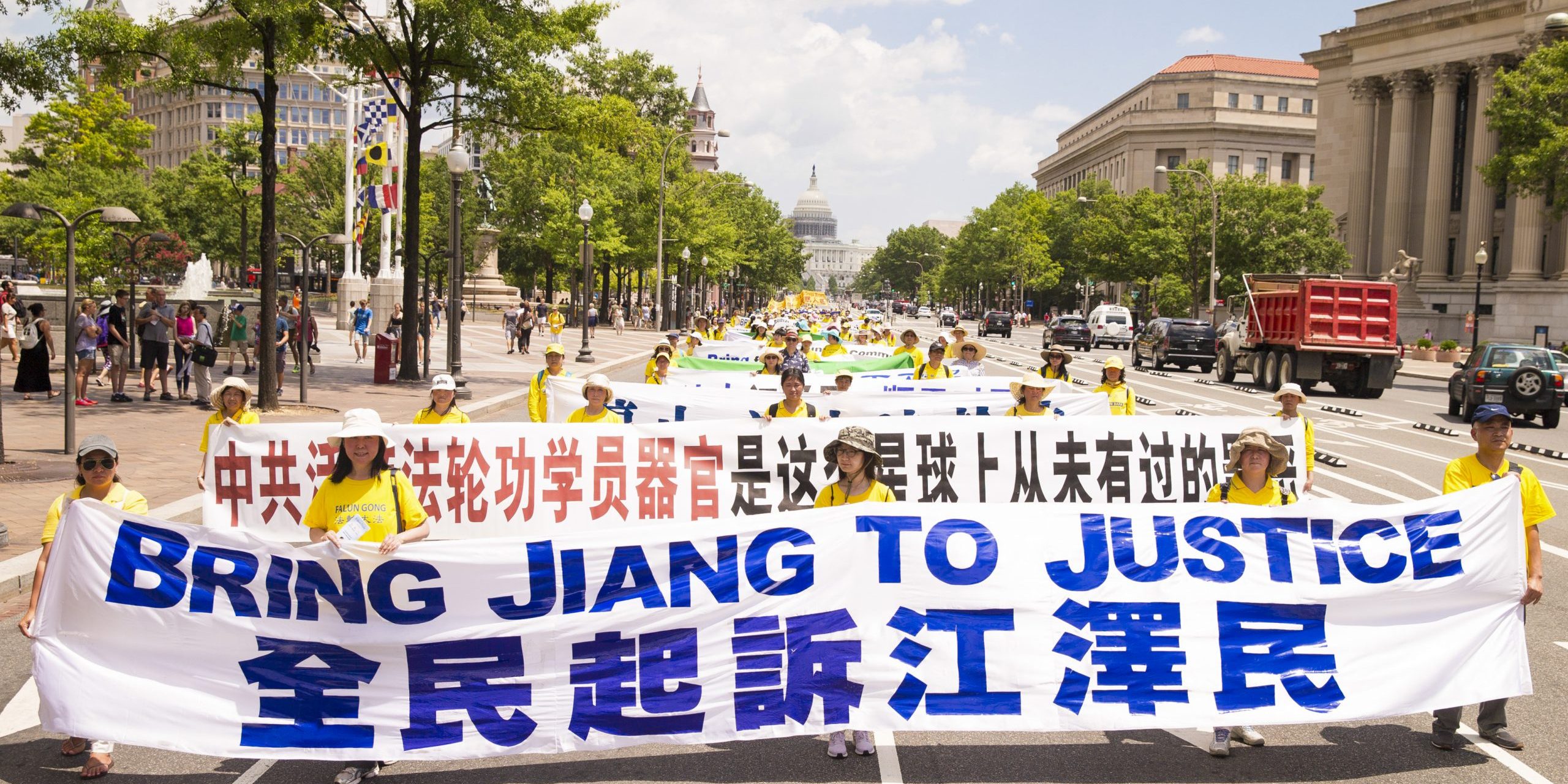 The death of Jiang Zemin, former leader of the Chinese Communist Party (CCP), reminds us of the instrumental role he played in the mass killing of prisoners of conscience for their organs.

That mass killing wouldn’t have occurred without the decision of the CCP in 1999 to repress the practice of Falun Gong, a decision that Jiang sparked and led. That repression led in turn to mass demonstrations of practitioners bewildered that an innocent set of exercises with a spiritual foundation that the regime had earlier encouraged would suddenly become subject to Party repression. These demonstrations further led to mass arrests and arbitrary indefinite detentions of those who wouldn’t renounce Falun Gong and turn on their fellow practitioners.

The reason for the Party repression of Falun Gong was the popularity of the practice. At the time of the repression, there were considerably more practitioners than members of the Communist Party. The spiritual beliefs of Falun Gong are nonpolitical. But that meant that their beliefs aren’t communist. And that, for the Party, was anathema.

Publicly, the Party couldn’t justify the repression on the basis of the popularity of the practice. The Party needed a pretext. That pretext became a campaign of vilification and demonization of Falun Gong, which had nothing to do with the reality of Falun Gong and everything to do with the Party’s need to squelch any belief that wasn’t adoration of themselves. The divorce between the reality of Falun Gong and propaganda about it generated demonstrations from the many who knew better.

Jiang as well continued the shift of the CCP away from socialism to capitalism, a shift initiated by former Party leader Deng Xiaoping. The shift led to privatization and a withdrawal of funds from the government sector, including the health sector.

China began transplantation without a donation system. Organs for transplantation, with the odd exception, came from prisoners sentenced to death. With the shift in China from socialism to capitalism and the withdrawal of government funds from the health sector, hospitals needed a new source of funds. With the mass, arbitrary, indefinite detention of demonized Falun Gong practitioners, the hospitals found that source—the organs of Falun Gong practitioners.

That source became not just a stopgap to compensate for the funds withdrawn by the government, but a bonanza. The hospital system quickly realized that the arbitrarily, indefinitely detained demonized Falun Gong population was so large that selling their organs could become a profitable global business.

Hospitals and brokers started advertising worldwide in many languages about the availability of organs on demand at sizable, but fixed prices. New transplant hospitals and new transplant wings of existing hospitals were built to take advantage of this seemingly endless source of organs. Significant numbers of new transplant staff were trained not just in China, but globally, to work in this new industry.

That industrialization of the selling of organs became, for the health system, an addiction. New organs were constantly needed to keep the machinery in motion. The killing of Falun Gong for their organs became very large, and the repression of Falun Gong very effective. With the mass detention of Uyghurs in Xinjiang, the organs of Uyghurs has also become a source of transplants.

None of this would have happened without Jiang. The contest for responsibility for the mass killing of innocents in China has many combatants. Yet, in this gory history, Jiang is a leader. Without him dragging the Party into the repression of Falun Gong, the mass killing of innocents, prisoners of conscience, for their organs, would never have happened.

Because Jiang has died, it’s too late to bring him to justice for his crimes. But it will never be too late to remember who he was and what he did, the untold misery he inflicted on innocents, the crimes he inflicted against humanity, against us all.

PHOTO CREDIT: Falun Gong practitioners march in Washington, D.C. on July 14, 2016 calling for Jiang Zemin, the former dictator who instigated the persecution of Falun Gong in China, to be brought to justice. (Larry Dye/The Epoch Times)

Categories: By David Matas, In the NewsBy ETACDecember 2, 2022