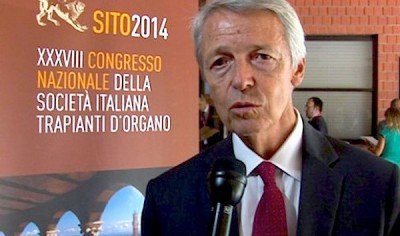 ROME—The congress of the Italian Society of Organ Transplantation (SITO) concluded in Siena, Italy, end September. Doctors and professional workers shared with the public the reality of a sensitive issue. From one side, Italy is one of the most advanced medical countries in the world, from another side, there is still poor information about the illegal organs’ market, which flourishes in some regions of the world.

Speakers who took turns on stage showed the same desire: give an organ to about 9,000 patients on the Italian waiting list. “We could do more,” said Professor Franco Citterio, SITO President, during an interview with Epoch Times.  “We see that when people are informed, the number of donations increases.”

Professor Citterio recalled the 20th anniversary of Nicholas Green’s death – the 7 year old American boy killed by mistake by the Mafia in southern Italy. His parents’ altruistic decision to donate his organs, saving thus seven people, was widely publicized by media.  The donation figures increased dramatically in Italy from that day, which reached 2,841 transplants in 2013.

Besides the selfless act of the Green’s family, the congress exposed a less selfless reality: organ traffic ruled by countries in which executed prisoners, and prisoners of conscience are used as a ‘bank’ for selling their organs on the local or international market.

According to SITO, there are at least 10,000 illegal transplants each year with astonishing prices: in China – where the regime controls hospitals and medical staff – a kidney can be worth 70,000 dollars. The removal of organs from death row inmates is a practice that goes against the ethical medical standards. In October 2012, the World Medical Association has expressly ruled that “In jurisdictions where the death penalty is practised, executed prisoners cannot be considered as organ and/or tissue donors.”

“The Chinese situation is known to us,”Professor Citterio said,  “[the country] has been sanctioned by the International Society of Transplantation. The Chinese government made some statements that this would never happen again. In fact, it seems that this is not the case, and that it continues to be implemented.”

In November 2013, China signed the Hangzhou resolution, which received praise of the international medical community, declaring to end the organ harvesting from executed prisoners. Only a few months later though, in March 2014, Chinese officials stated that China will continue to use organs from prisoners, and that the bodies will be accounted into a new computerized system for organs.

“In China, donors are killed,” said Doctor Katerina Angelakopoulou, spokesperson of the Italian DAFOH (Doctors Against Forced Organ Harvesting).  This association aims at protecting medical ethics, and was founded in 2007.  DAFOH had a stand at the congress.

DAFOH is leading an international campaign against the forced organ harvesting in China. Some doctors have decided to establish the organization after the 2006 investigation by human rights lawyer David Matas, and former Canadian Secretary of State David Kilgour. They published a document – “Bloody Harvest”  – where they stated, that at least 41,500 forced organs have been harvested between 2000 and 2005, from living Falun Gong practitioners, a meditative discipline persecuted by the Chinese regime.

“I believe the international community must strongly condemn and exert pressure against this activity,” Franco Citterio suggested, adding that in Italy there is an average waiting list of two years for a kidney, in China it can be around 1 to 4 weeks.

In March 2013, the Human Rights Committee of the Italian Senate approved a resolution against forced organ harvesting in China. Then, a coalition of Italian MPs was launched in about two months. “There are a dozen of MPs who have the desire to cooperate at an international level, so to stop this unethical practice in China,” said Doctor Angelakopoulou.