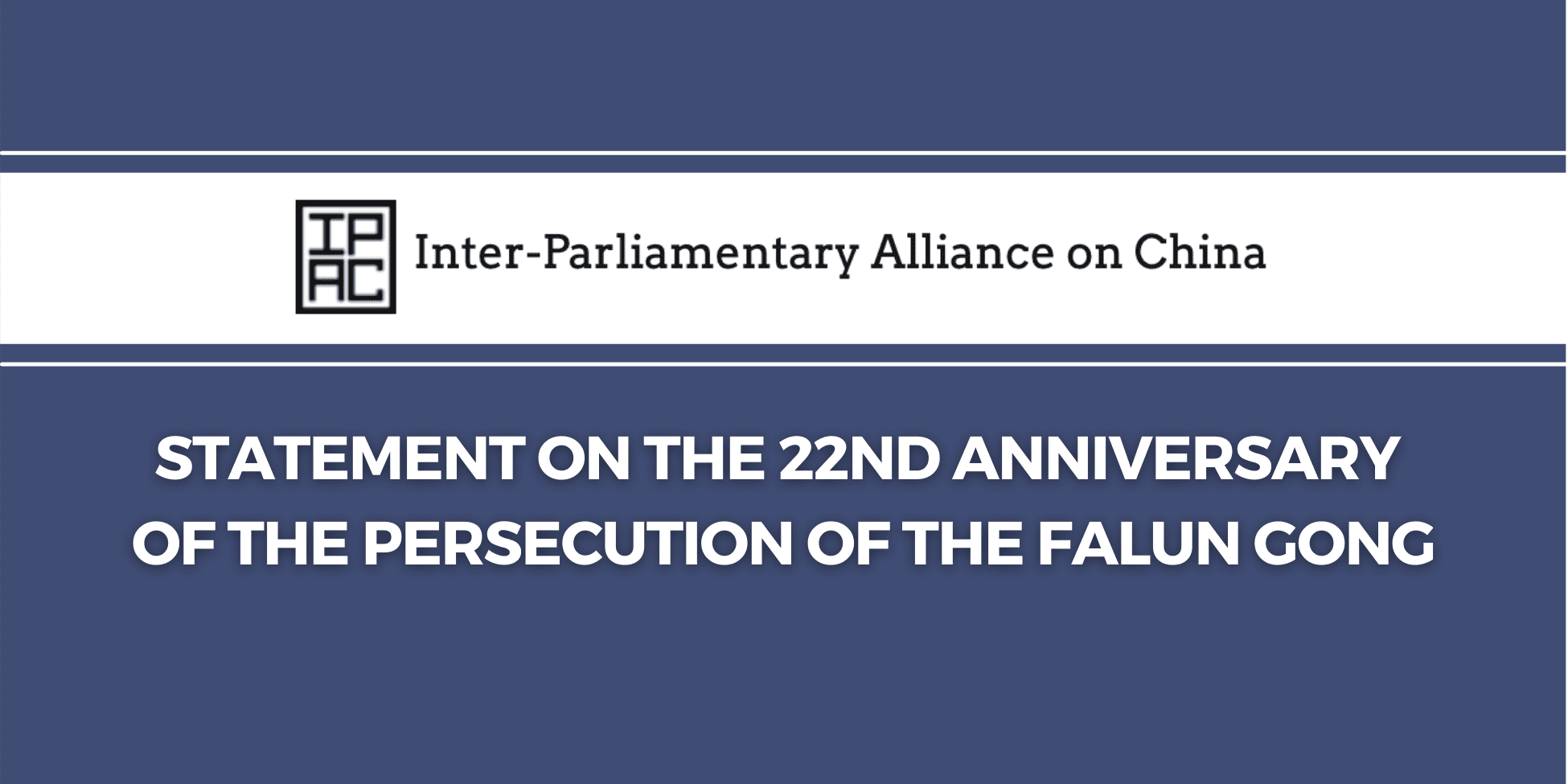 The Inter-Parliamentary Alliance on China issued a statement today, marking the 22 years since the brutal persecution of Falun Gong began in China. The statement expresses concerns of forced organ harvesting and calls upon governments globally to take action to stop the organ harvesting trade.

Twenty-two years ago the Chinese Communist Party began a campaign of persecution against Falun Gong practitioners. We take this solemn anniversary to remember all ethnic and religious minorities persecuted by the Chinese government, including Tibetan Buddhists, Christians and the Uyghurs and other predominantly Muslim Turkic groups.

Hundreds of thousands of Falun Gong practitioners have been imprisoned over the past two decades, where many are subjected to the most severe forms of torture. Particularly concerning are reports of forced organ harvesting of Falun Gong practitioners and prisoners of conscience in China. Analysis conducted by the independent China Tribunal concluded that such practices have been enacted on a widespread, state-sponsored, and systematic level.

We once again call on our governments to stand up and speak out for an end to such repression. Democratic states must take actions to stop the trade and use of forcibly harvested organs globally. The Chinese government must be held accountable for upholding the human rights of all peoples in China.

The Inter-Parliamentary Alliance on China is an international cross-party group of legislators working towards reform on how democratic countries approach China. It is made up of global legislators and led by a group of co-chairs, who are senior politicians drawn from a representative cross-section of the world’s major political parties.