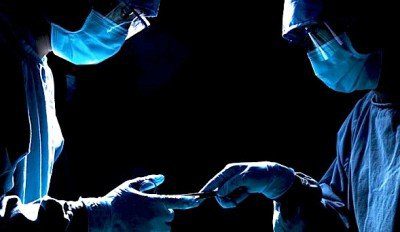 The Chinese Communist Party’s (CCP) crime of harvesting organs from living Falun Gong practitioners is unprecedented in human history and has been called, “a new form of evil yet to be seen on this planet.”

Since March 2006 when it was first reported that the CCP was harvesting organs from persecuted Falun Gong practitioners and cremating the bodies to destroy the evidence in Sujiatun, Shenyang City, Liaoning Province, Falun Gong practitioners in Handan City began their own investigation. It is now believed that such crimes have also taken place in Handan. The following are some investigation leads:

In early June 2006, witnesses saw eight army vehicles, including two ambulances, drive to the 285 Military Hospital from China National Highway 309. Unlike regular ambulances, the ambulances in this convoy were heavily armored. Even more unusual, there was a vehicle at the back with a very large chimney, and the vehicle’s siren sounded quite different from local ambulances.

These vehicles came and went from the hospital over a period of more than ten days in a row. People heard their “weird sound” every day around 10 a.m. and between 5:00 and 6:00 p.m. What were they doing?

It’s believed that the CCP became terrified after the atrocity of forced organ harvesting at Sujiatun was exposed. To destroy evidence, they evacuated Falun Gong practitioners detained in the concentration camp in Sujiatun and in other places. Later, a large number of evacuated practitioners were transferred to the underground air-raid facility of the 285 Military Hospital so that they could continue to be used as live organ donors. This strongly suggests that the 285 Military Hospital in Handan has been involved in the illicit organ harvesting.

In May 2006, the local media in Handan reported on a successful liver transplant performed at Handan Central Hospital. The patient’s blood type was the rarest: AB RH negative, which is only found in 0.2% of the population. However, the hospital found a matching liver in 24 days.

The transplant was done at night, and the patient regained his health after the operation. How did the hospital find a match so quickly? A doctor later said that the local court was the source for the matching liver. He told his patients that they could contact the court in advance for organ matches.

It is very possible that organ sources provided by the local court in Handan were largely from Falun Gong practitioners detained in the air-raid shelter of the 285 Military Hospital. It is also suspected that a large number of practitioners from elsewhere had been transferred to the facility and used as live organ sources.

A major driving force behind the organ trade is the huge amount of money to be made. This led to the collaboration of the Chinese military, prisons, courts, Procuratorate offices, and the police. These institutions have worked hand in hand, harvesting organs from a large number of Falun Gong practitioners for huge profits. Based on the evidence, it is estimated that the number of organs harvested in Handan could be staggering. The No. 2 Detention Center in Handan colluded with the police department and participated in this crime.

Since April 2014, there have been numerous incidences in the provinces of Sichuan, Guizhou, Liaoning, and Hebei in which secret police arrested Falun Gong practitioners and forcibly took their blood and hair samples for DNA identification. One practitioner in Handan remembered that he had similar experiences while being detained in Handan Forced Labor Camp:

“I was subjected to three unexplained blood draws during my one and a half years of detention in the labor camp. The first time was in late December 2009. One day, the camp gathered us together and told us to go the camp clinic for a blood draw. We all thought it was very strange and wondered what they were drawing our blood for.

“The second time was at the end of April 2010. Again, Falun Gong practitioners were gathered together to have their blood drawn at the clinic – the other inmates were not called to have this done. Although there weren’t many of us this time, the entire police force in the camp came out to escort us to the clinic, which created an atmosphere of terror in the camp.

“The third time we were tested was in the winter of 2010. This time, everyone detained in the camp was gathered together and forced to have their blood drawn, at least 500 ml each. My arm ached for a few days afterwards, and sometimes I also had fever. The atrocity of organ harvesting had already been exposed by then, and I was suspicious that Handan Forced Labor Camp was also participating in the crime. I believe that they were collecting information for organ harvesting by drawing our blood from time to time.”

The atrocity of organ harvesting from Falun Gong practitioners has now been widely reportoed on. It has shocked the world and attracted a great of attention. However, many crimes committed in Handan in connection with the forced organ harvesting are still being covered up.

In the face of the CCP’s organ harvesting atrocities, any degree of tolerance or silence amounts to collusion. It’s the obligation of every person with a sense of justice to help end this persecution and expose the CCP’s crimes. Taking a stand for justice also safeguards the human rights of every human being, including you and me.