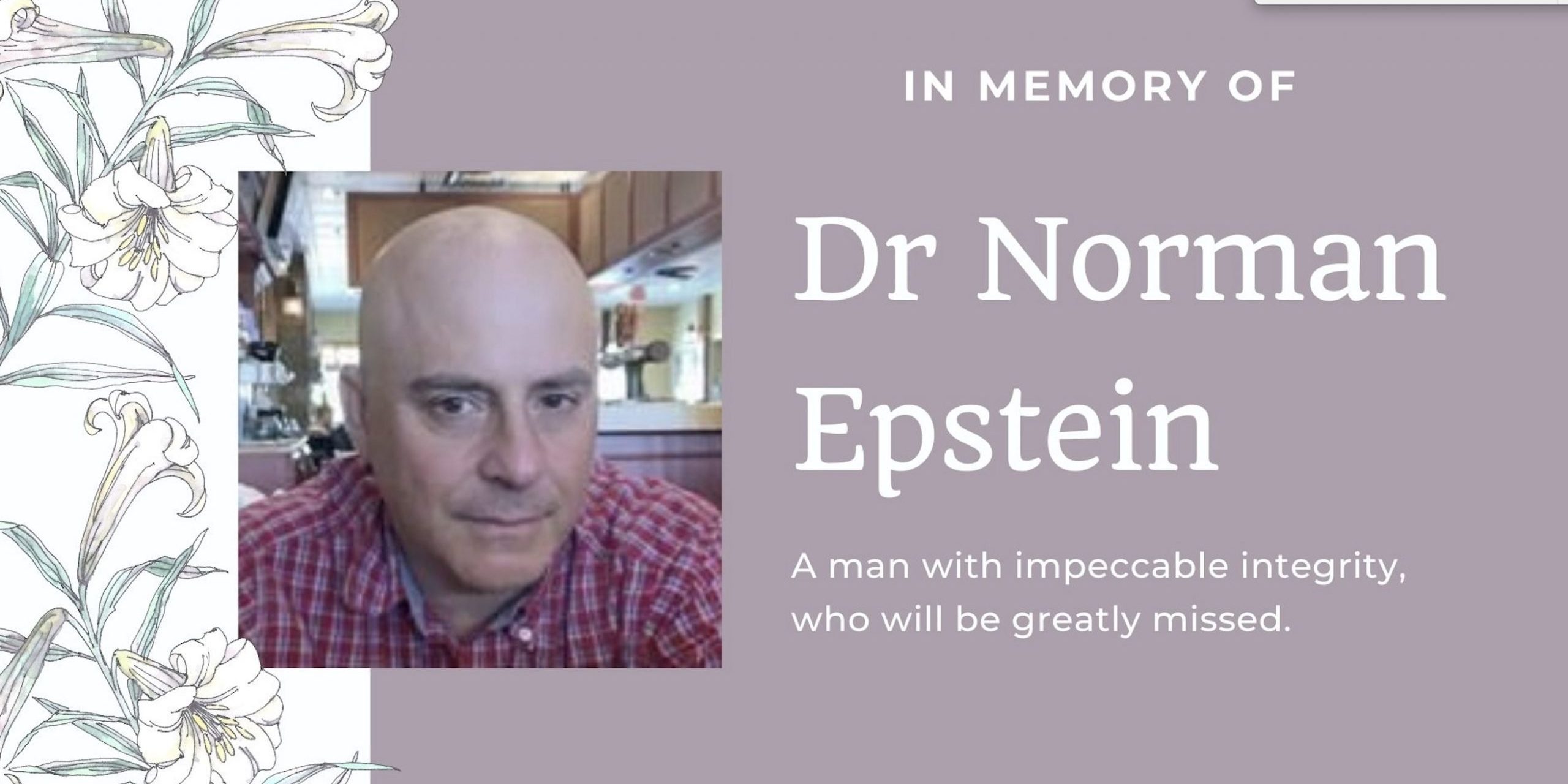 It is with great sadness that we farewell Dr Norman Epstein, Emergency Physician at the Credit Valley Hospital in Mississauga, Canada, and valued member of ETAC’s Canadian Committee.

We remember Norman with respect and gratitude. Norman was a man with impeccable integrity and an unbreakable will to help others. We will greatly miss Norman and know that his spirit will live on through all that we do.

Norman was a core member of the Canadian Committee to advocate for legislating a bill to prevent Canada’s complicity in forced organ harvesting in China that mainly targeted the Falun Gong, Uyghur and other vulnerable communities in China. He was also Chair and initiator of the ETAC Student Movement called STANCE – Students Taking Action Now against China’s Extreme crimes.
Norman was one of the most dedicated people that we have had the honor to work with.
Our condolences to Norman’s family and loved ones. He will be remembered by us all.

EPSTEIN, Norman Lyle – On Thursday, March 4, 2021. Norman Lyle Epstein, beloved husband of Iris. Loving father of Maor, and Chantelle. Son of Eleanor Epstein and the late Murray S. (Buddy) Epstein. Dear brother and brother- in-law of Arlene and the late Harvey Consky, and Brian Epstein, and brother-in-law of Maya Segal and Yoav and Jane Segal. Son-in-law of Dina and Barry Segal. Uncle to Stephanie, Mitchell, Gabriella, Ariel, Michal, and Eden. Norman was a fierce advocate for social justice and international human rights, and dedicated his life to helping others. After more than thirty-five years as an Emergency (ER) physician at Credit Valley Hospital in Mississauga, he played a crucial role in saving lives threatened by COVID-19. Norman was more than an ER doctor, social activist, and a family man. He believed the most important pursuit in life is attaching to something bigger than yourself. He believed in strong character (emphasized through his repeated phrase: “what a character!”) and fought to make the world a better place. He was an inspiration to those around him, a champion of good will, compassion, and a man who cared about making a positive impact. Norman, who was close with his father, often said “If I’m half as good a man as my father, I’ll be twice as good as most men.” Everyone who was touched by Norman could live by a similar principle: if we are half the person Norman was-fighting for goodness, compassion, and social rights-we’ll all be twice as good as most people. A graveside service will be help on Friday, March 5, 2021. Memorial donations may be made to The Norman Lyle Epstein Memorial Fund c/o Benjamin Foundation www.benjamins.ca

Bill to Combat Organ Harvesting to be Debated in French Parliament
March 4, 2021