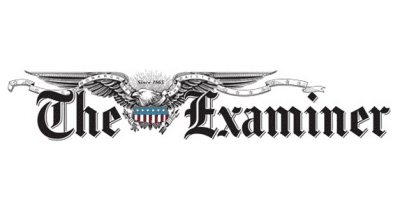 Doctors from around the world descended upon San Francisco for the World Transplant Congress meetings held at Moscone Center West July 26-31. They discussed many of the technical issues involved in this highly complex medical procedure. But outside the conference, Falun Gong practitioners such as myself gathered to raise awareness about one of the most horrific crimes known to mankind — the forced organ harvesting from unwilling victims that has taken place in China in the past 15 years or so.
Based on mounting evidence and eyewitness accounts, human-rights activists and medical professionals alike have been trying to figure out how China is able to perform over 10,000 organ transplants a year without an official organ donor system in place.

After years of investigation, Canadian human-rights attorney David Matas and former Canadian official David Kilgour concluded that there were 41,500 unaccountable organ transplants performed in China during the years 2000 to 2005.

Of course, a few questions arise: Where did all these extra organs come from — if they didn’t come from executed prisoners — and why was there a sudden spike in organ transplants in China in 2000, just six months after the persecution of Falun Gong began?

I will help shed some light on these questions, as I almost became a victim of organ harvesting myself while imprisoned in China for practicing Falun Gong. Falun Gong is a spiritual practice consisting of five exercises, including meditation, and is based on the principles of truthfulness, compassion and tolerance.

While living in China, I learned that 18 female Falun Gong practitioners in the Masanjia Labor Camp had been stripped naked, thrown into male jail cells and gang-raped. At that moment, I decided that I could no longer remain silent. In August 2001, I traveled to Tiananmen Square in Beijing to call attention to this appalling event.

Shortly after I arrived, I was arrested and detained. When police asked me to supply my name and address, I refused — knowing full well that they would implicate both my family members and colleagues and hold them accountable for my actions.

While I was detained there, I seized every opportunity to tell the officer who had been assigned to monitor me about the goodness of Falun Gong, and how the Chinese regime had managed to kill more than 80 million Chinese since it came to power in China.

After quietly listening to me for six days, he said, “I admire your courage and your perseverance in upholding your faith. I can also see that you chose to protect your family and friends by not revealing your identity.”

After I came to America, I learned that the international community had been investigating China’s practice of forced organ harvesting since 2006. I was chilled to the bone!

I then realized why the police insisted on giving me a thorough physical exam. It was for blood and tissue profiling so they could remove my organs when a matching organ recipient was found.

I strongly urge all congressmen and congresswomen to support House Resolution 281 and help put an end to China’s heinous crime of harvesting organs from living Falun Gong practitioners. There are currently 201 cosponsors of the resolution, including Northern California representatives Sam Farr and Doris Matsui.

Dafang Wang is a Falun Gong practioner who fled China and currently lives in Daly City. This article was translated from Mandarin.