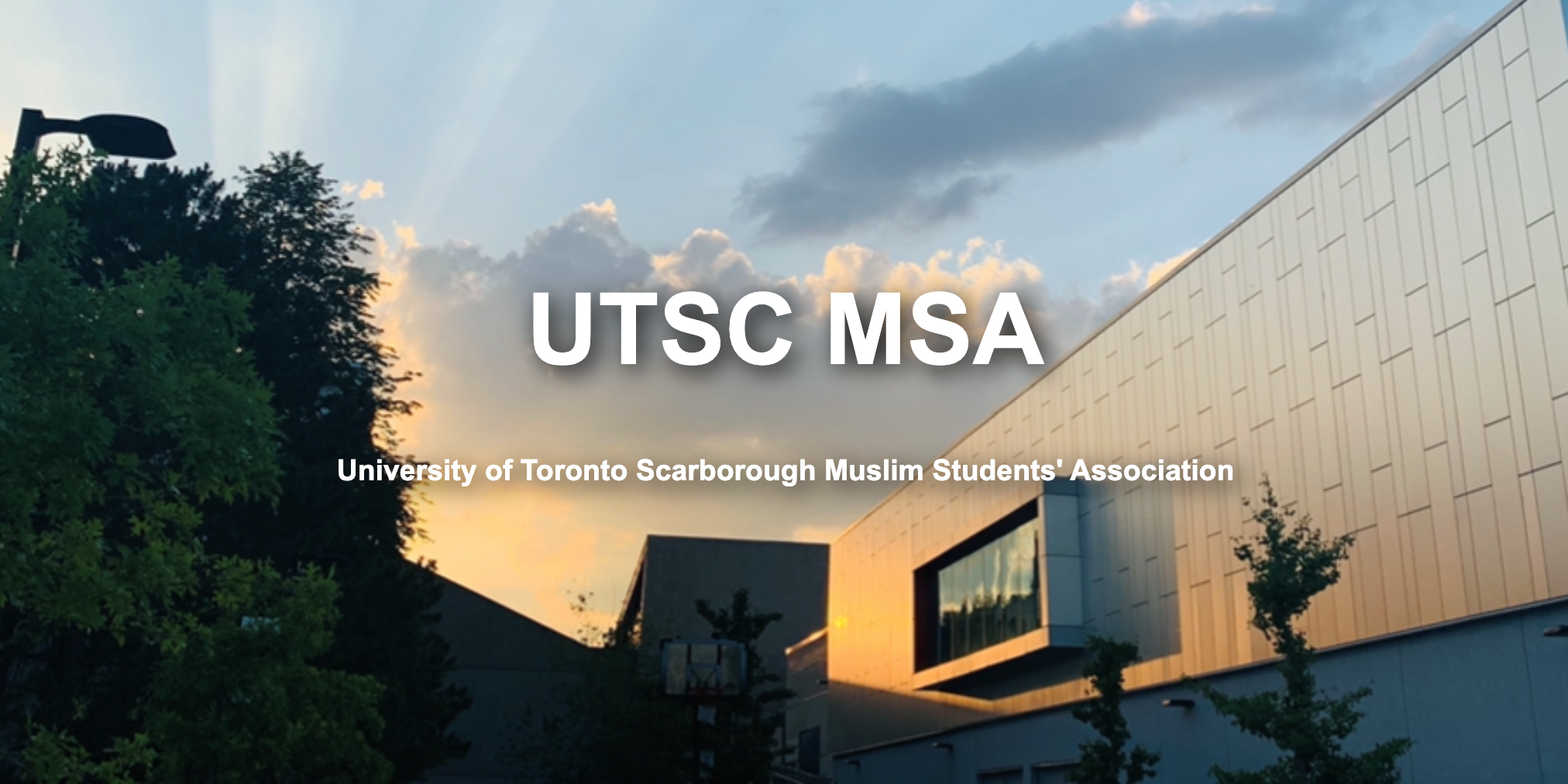 How was forced organ harvesting uncovered?  The story starts with a whistleblower, a woman with a pseudonym Annie, who made a public statement in March 2006 that her ex-husband had been harvesting corneas of Falun Gong practitioners from 2003 to 2005 in Sujiatun hospital in Shenyang City in Liaoning Province in China.  Other doctors in the hospital had been harvesting other organs.  The Falun Gong were killed through organ extraction.  Their bodies, after organ extraction, were cremated.

The official Chinese government response was that what Annie said was a groundless rumour, an absurd, despicable act, an evil minded lie, a mud‑throwing activity, and a sheer fabrication by overseas Falun Gong.[1]  As Shakespeare might have said, the Chinese Communist Party doth protest too much methinks.

Despite the vehement protests of the Party, this much was certain from the start.  Annie was not a Falun Gong practitioner.  She had come from Shenyang and she and her ex-husband had been working at the Sujiatun Hospital.

Her public statement generated concerns among foreign governments and human rights NGOs, as well as from the Falun Gong community itself.  However, evidence to confirm what Annie had said was hard to find.

So, an NGO based in Washington DC, The Coalition to Investigate the Persecution of Falun Gong came to David Kilgour and me, asking us to investigate.  They gave us no money, no data and no directions. All they gave us was a question: Will you do this?

I was then and am still now a lawyer in Winnipeg with a focus on international human rights law and in particular refugee law. I knew from my legal work that Falun Gong were persecuted in China.  But that did not mean that they were persecuted in this way, killed for their organs.

I also knew that determining whether Annie said was true or untrue was not going to be easy.  The issue here was not whether what Annie described happened once or occasionally, but whether it was happening systematically.

The very nature of what was described meant that there was not likely to be witnesses. Nothing happened in public.  Everyone present was either a victim or perpetrator.  The victims did not survive to tell.

Perpetrator evidence was not likely to be available. Even if it were, it was not necessarily going to be reliable, since perpetrators often distort facts to exonerate themselves.

The cremation of bodies of victims meant no forensic evidence was going to be available.  The scene of the crime, if there was one, was an operating theatre, cleaned up after every operation.  Chinese government and hospital records are not publicly accessible.

The evidence from Annie was mostly evidence of what her husband told her. She herself did not claim to be present at the organ extraction operations.  Moreover, even if she were, how would she, how would anyone know the spiritual beliefs of a sedated body on an operating table?

The Chinese government attempted to disprove what Annie said by showing a picture of the hospital and also by conducting a tour of the hospital.  However, neither of these, objectively, could amount to disproof.

The difficulty in dealing with this subject matter was a reason why I took it on.  Because I had been long and heavily involved in the human rights world, I knew its research limitations.  Government and inter-governmental organizations tend to rely on NGOs.  NGOs tend to gravitate towards the quick and easy.  Human rights NGOs are essentially advocacy organizations with research wings appended to substantiate their work.  The hard to figure out is not much use to them, because even if and when figured out, it is hard to communicate.

I felt that, by working on this file with David Kilgour, I and David Kilgour could be doing something that needed to be done and that no one else might well want to do. So we launched on the task.

But how to go about it?  Our task, as I saw it, was not to prove Annie right, but rather to prove Annie either right or wrong and not just leave the issue in limbo.

Given the nature of the exercise, there was not likely to be one piece of evidence that would answer these questions.  There would be no smoking gun, or as David Kilgour has said, no smoking scalpel. There would rather be different bits of evidence pointing in one direction or the other.  A conclusion would have to be drawn by looking at all the evidence together rather than any one piece in isolation.

Moreover, it was not just Falun Gong who were victims.  Also victims were Tibetans, Uyghurs, House Christians, notably Eastern Lightning, and persons sentenced to death for common crimes.  Indeed, though at the time of our report the large numbers were Falun Gong, the first prisoner of conscience victims were Uyghurs.

There were practical reasons for the primacy of Falun Gong as victims. Among those, in 2006, were that China did not have a national organ distribution system and that ischemic times – the time organs could survive outside the body, for most organs – were short.  Organs for transplantation were all sourced locally.  And the Falun Gong, because of their huge numbers in arbitrary indefinite detention, were everywhere.

The situation has now changed.  China now does have a national organ distribution system.  The science of transplantation has allowed for longer ischemic times.  Over time, the forced organ donor bank of Falun Gong held in arbitrary indefinite detention has depleted through the mass killings inflicted by organ extraction. And there is a new and vicious repression of Uyghurs, leading to a massive increase in their long term arbitrary detention. This combination has led to a shifting, not completely, but substantially of organ sourcing victims from Falun Gong to Uyghurs.

Those are our conclusions.  But how did we come to those conclusions?  Since I am a lawyer, I will, in the little time I have left, address only one evidentiary trail, the law.

The existence of a law prohibiting an act does not mean that the act does not occur.  Yet, it is less likely to occur if a law exists and is enforced than if there is no law or if the law that does exist is not enforced, especially where there are substantial incentives to engage in the act, as there is for organ transplantation.

The law in Canada, going on fifteen years since our initial report came out, is still the same.  There has been a host of private members bills to attempt to rectify the situation. There is one before the current Parliament, Bill S-204.  But the law remains as it was.  A Canadian can go abroad, receive an organ sourced from a prisoner of conscience killed for their organs and return home without fear that anyone involved in this act will be prosecuted.

What was surprising to me was the absence of prohibition in China itself. China in 2006 did not have a law prohibiting the practice of sourcing organs for prisoners without their consent or the consent of their families after death. Rather China had two laws, one enacted in 1979 about dissection of corpses and another enacted in 1984 about the use of organs from condemned criminals, explicitly allowing this practice – the sourcing of organs from prisoners for transplantation and research without their consent before death or their family after death as long as the bodies were unclaimed.

A Chinese law of March 2007, after our report came out, made the sourcing of organs without consent a crime.  However, the 1979 and 1984 laws which state it is not a crime for prisoners, remain today unrepealed.

There are other factors at play in this issue of Chinese organ sourcing, of course, beyond the fact that in China sourcing of organs from prisoners of conscience without their consent or the consent of their families is legal, all of which have to be considered.  But I wanted to give you an indication of at least one evidentiary trail which we followed in coming to the conclusion we did.  I invite those who are interested to continue, through reading, to follow us down this and the other evidentiary trails to come to the conclusion we did.

What can be done about this abuse?  Again, given the shortness of time, I will make only one suggestion.

What specifically can the University of Toronto Muslim Students Association do to promote this goal?  The first step is to find out the facts. What connections, if any, are there between the Chinese transplantation sector and the University of Toronto, either its medical faculty or the University Health Network – that is to say, the Toronto General and Toronto Western hospitals, the Princess Margaret Cancer Centre, the Toronto Rehabilitation Institute, and the Michener Institute of Education?  Are there or have there been exchanges? Is there or has there been training?  And so on.

The University and its Health Network need policies directed against complicity in Chinese organ transplant abuse.  This Students Association can help in the realization of those policies.

David Matas is an international human rights lawyer based in Winnipeg, Manitoba.