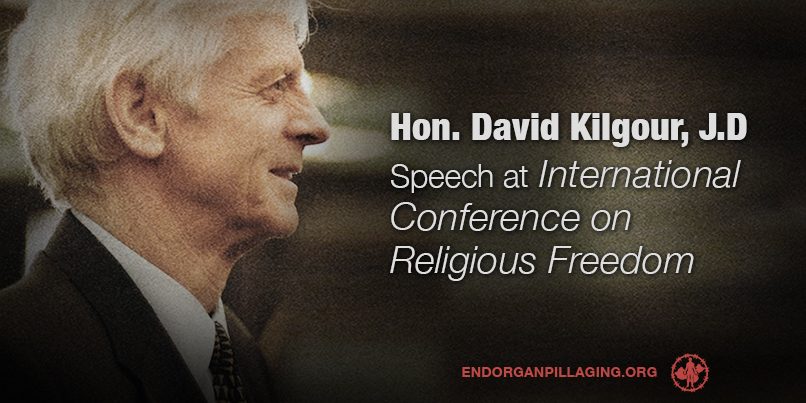 A 2011 Pew Forum study estimated that Christians then numbered about 2.1 billion worldwide. According to the International Society for Human Rights, a secular group with members in 38 countries, 80 per cent of all acts of religious discrimination in the world today are directed at Christians. Pew Research adds that hostility to Christianity reached a new high in 2012, when Christians faced some form of discrimination in 139 countries, almost three-quarters of the world’s nations.

According to author Paul Marshall, Latin America is now one of the regions where people are most free to practice their faith. The countries of central Europe, except for those of former Yugoslavia, have in recent years also been largely spared religious persecution. There are many religiously free countries in Africa and among Asia-Pacific nations. Marshall adds, “In standardized country surveys produced for the Center for Religious Freedom, South Korea, Taiwan, Japan, South Africa, Botswana, Mali, and Namibia are religiously more free than France and Belgium…”

Open Doors, a Christian organization, publishes an annual listing of countries where people are least free to follow their faith. At the top is North Korea, followed by Iran, Afghanistan, Saudi Arabia, Somalia, the Maldives, Yemen, Iraq, Uzbekistan, Laos and Pakistan. Some very brief comments about three on the list and one that is not follow:

Saudi Arabia, having more than one million Christian foreign workers, bans churches and private acts of Christian prayer. The previous monarch permitted his religious police to raid private Christian religious gatherings and to bring members up on charges of ‘blasphemy’. The spread of Saudi Wahhabism is clearly the cause of many international violence problems today. The historian Bernard Lewis for one has documented how the Wahhabis gained influence in the Saudi Kingdom: “… oil money has enabled them (to establish a network of well-endowed schools and colleges) to spread this fanatical, destructive form of Islam all over the Muslim world and among Muslims in the West.”

There is much international concern about approximately 300,000 Baha’is in Iran because they have no legal rights and their entire leadership remains in prison. Sunni Muslims are treated badly. Dozens of Christians have been arrested and jailed for attempting to worship. Struan Stevenson, President of Europe Iraq Freedom Association, has warned that the regime in Tehran has the same goal as (ISIS) in using violence to create a worldwide caliphate and ‘enslave the world in a medieval corruption of the Muslim faith’. He also warned that cooperation between the West and Iran in the war on ISIS would be ‘extremely dangerous’ and could trigger a sectarian war between the Shiites and Sunnis that could plague the region for decades.

The repression of Tibetan Buddhists and Uyghur Muslims by the party-state in Beijing is now well-known. The regime has long sought to bring Christians, now estimated at 80 – 125 million, to heel. The State Administration for Religious Affairs (SARA), which controls all religions in China, manages the Three-Self Patriotic Movement (TSPM) for Protestants and the Catholic Patriotic Association, which does not recognize the Pope. The number of Christians attending Party-approved churches appears to be now in the 20-30 million range; 50-75 million Christians belong to unregistered ‘house churches’.

The persecution of Falun Gong, a nation-wide movement numbering 70—100 million in the mid-1990s by the government’s own estimate, which uses exercises and meditation derived from Buddhism/Daoism, since mid-1999 seems less well understood. A 2014 book, The Slaughter, by Ethan Gutmann puts the persecution of this community in context. The author explains how he arrives at his “best estimate” that vital organs from 65,000 Falun Gong and “two to four thousand” Uyghurs, Tibetans, or House Christians were seized in a vile commerce in the 2000–2008 period alone. Organs are pillaged and trafficked for high prices to wealthy Chinese and ‘organ tourists’.

Christians living in Pakistan comprise about 3.8 million of the more than 170 million population, according to government estimates. Many live in fear of its blasphemy law, which carries the death penalty and has been applied arbitrarily against religious minorities in more recent years. In 2010, for example, Asia Bibi, a Christian mother of five, was sentenced to death for allegedly insulting the Prophet Muhammad. When Punjab Governor Salman Taseer explored ways of freeing her, he was murdered by his bodyguards. On March 2, 2011, Pakistan’s federal minorities minister, Shahbaz Bhatti (shown below in Ottawa about a month before his death), who was also concerned about Bibi, was also gunned down. A Christian, he had predicted his own death for months while defending religious freedom for Pakistanis of all faiths. This conference is held in his honour.

What Canada’s and other governments should do:

Mohamad Jebara, another respected Ottawa Imam, reminded Canadians after the Paris events that the best way to overcome those who “hate us is by giving them what they least expect: love.” Much effort is still needed for our cultures and faith communities to understand each other better. If we turn away from each other, we diminish ourselves. We must stand together for our national values.

Let me give the final word to Mrs. Maryam Rajavi, a devout Muslim and president-elect of the National Council of Resistance of Iran (NCRI), speaking at an International Women’s Day event in Berlin:

In the past two centuries, our world has time and again reached new heights in large measure due to women’s equality movements…Regrettably; however, the advancement of the ideal of equality has today come face-to-face with a formidable barrier, Islamic fundamentalism. While endangering the whole region and world through genocide, terrorism and discrimination, this phenomenon is most hostile to women. For this reason, today, women’s plight in the Middle East is entirely entwined with insecurity, oppression, homelessness, murder and servitude…Nevertheless, I want to say that there is a way to defeat and overcome this destructive force and there is a solution: Women’s power is the greatest challenger to Islamic fundamentalism.