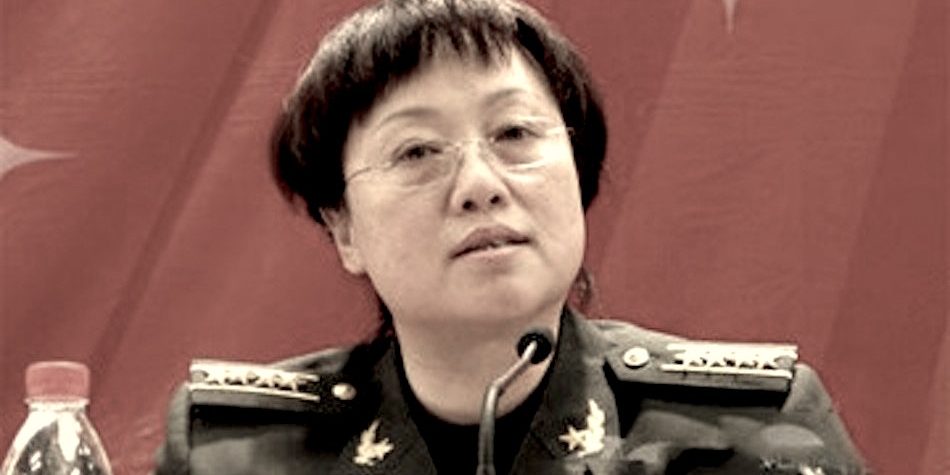 Another top officer is being investigated for graft in the People’s Liberation Army, but the extent of her corruption may run much deeper than is being publicly admitted by the Chinese Communist Party.

Major General Gao Xiaoyan, 57, stands accused of taking bribes during the construction of facilities at the 309 Hospital in Beijing, including a 323,000-square-foot underground parking lot, 15 apartment buildings, a health care center for senior cadres, and a tuberculosis research building.

Gao joined the military in 1974, and is one of only a few female generals. She was promoted to her current role in 2012 as secretary of the Communist Party’s discipline committee of the Information Engineering University in Zhengzhou in Henan Province.

Unofficially, Gao has been linked with mass organ harvesting of Falun Gong practitioners and other prisoners of conscience, which has mostly been carried out at military hospitals connected to labor camps.

This report from Epoch Times names Gao as a perpetrator, along with other top officials involved in the persecution of the meditation practice, like former leader Jiang Zemin, and ex-security chief Zhou Yongkang, who has just been arrested and expelled from the Party.

Gao was detained by military investigators on Nov. 27 as part of President Xi Jinping’s anti-corruption campaign. Her house was searched, and sealed off.

Bloggers commenting on the news mentioned how quickly Gao had moved up the ranks, especially as she only got into the army because she was good at sport. One said:

She was promoted so fast, she must’ve either given money or her body to top officials.

During his time as head of the Party, Jiang Zemin rewarded officials who persecuted Falun Gong practitioners. Many received promotions and financial benefits. Organ harvesting was a particularly lucrative way of making money.

Several other generals have already been removed from their positions since Xi Jinping came to power in 2012. Most recently, 70-year-old Xu Caihou was purged after being caught with a cash hoard in his basement that weighed more than 1 ton.