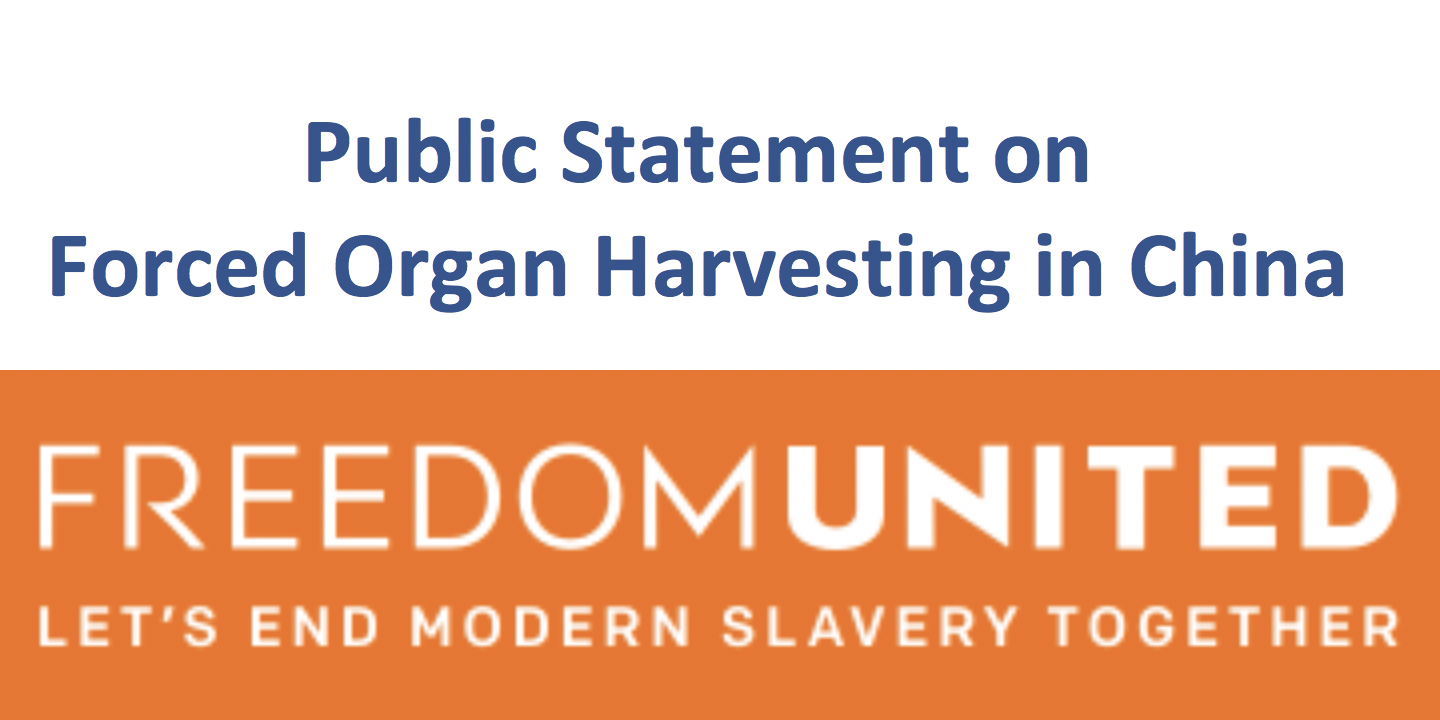 The Independent China Tribunal’s investigation into organ trafficking and forced organ harvesting of prisoners of conscience in China, including of Falun Gong practitioners and Uyghurs, released its final judgement in March 2020 detailing evidence of human rights abuses committed against these groups and others, by the People’s Republic of China. Freedom United is deeply concerned by the findings set out in the Independent Tribunal’s final judgement and is committed to raising awareness and mobilizing public action to demand change on this issue.

China has rapidly expanded its system of organ transplantation since the year 2000, yet the China Tribunal, chaired by Sir Geoffrey Nice QC, concluded in March 2020 that the Chinese state has given “no adequate explanation for the source of organs through most of this period (2000-present)”. The speed at which China’s organ transplant industry has developed, and the ability to obtain organs on demand, has raised serious questions over the source of these organs.

Freedom United denounces state-sanctioned forced organ harvesting reportedly taking place in China, and supports calls on world governments to implement national legislation against organ trafficking, covering human trafficking for the purpose of organ removal, so that the global trade in organs and foreign tourism transplant crimes can be tackled at the international level.