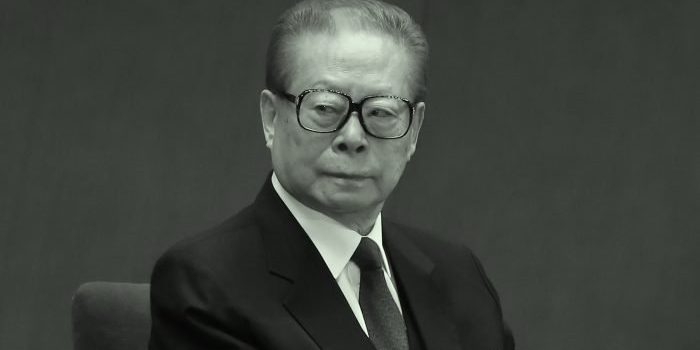 Former Chinese leader Jiang Zemin, who is responsible for launching the brutal persecution against people who practice Falun Gong (Buddhist Qigong), has died. He was 96.

Jiang Zemin, was the communist regime’s top leader from 1993 to 2003. It is reported that he passed away from leukemia and multiple organ failure on the 30th November, 2022.

Jiang Zemin was one of the worst human rights abusers in history. He had a lead role in launching the persecution against Falun Gong in 1999 and also issued the order to harvest the organs from Falun Gong practitioners.

Jiang Zemin initiated and oversaw the extralegal Communist Party organisation known as the “ 610 office”, to carry out his orders to eliminate Falun Gong.

On September 30, 2014, an investigator from World Organization to Investigate Persecution of Falun Gong (WOIPFG) made a phone call to Bai Shuzhong, former head of the Health Division for Chinese People’s Liberation Army General Logistics Department.[1] In a clear and explicit audio recording, Bai Shuzhong stated that forced organ harvesting from Falun Gong practitioners was first ordered by Jiang Zemin.

VERIFIED: The voice in the call was verified to be Bai Shuzhong by renowned acoustic scientist, Professor Peter French who investigated the authenticity of the call for the China Tribunal. View Professor French’s report here.

Caller: At the time you served as the Minister for Health, who made the order to harvest organs from detained Falun Gong members. It is made by Head of General Logistics Department, Wang Ke (總後部長王克)? Or is it made by Central Military Commission (軍委)?

Bai Shuzhong: It was made by Chair Jiang. And Jiang gave written instructions for selling kidneys and performing operations. So it should be said that the Military was not the only party that carried out kidney transplantation.

Caller: Is it true that Joint Logistics Department (聯勤部) was in charge of detaining a group of Falun Gong members as organ donors?

Bai Shuzhong: In my impression, yes, it is true. For after Chair Jiang’s instructions were issued, many people have done a lot of works against Falun Gong.

Bai Shuzhong: We can control those military medical universities, those directly under General Logistics Department. They have been requested again and again. Because Jiang paid lots of attention to this issue.

In the end of the conversation, Bai Shuzhong confirms that his term of Minister of Health, General Logistics Department, was 1998 to 2004.

AUDIO OF THE CALL – https://www.zhuichaguoji.org/sites/default/files/investigation_report/2014/09/44818_baishuzhong10sep-2-final-mp3.mp3

On September 13, 2006, another secret caller from WOIPFG called then-Minister of Finance, Bo Xilai during his visit to Hamburg, Germany. During the phone call, the secret caller asked, “[…] regarding the matter of live organ harvesting ofl Falun Gong (practitioners), was that your order or Jiang Zemin’s order?” In response, Bo Xilai answered, “President Jiang’s!”[3]