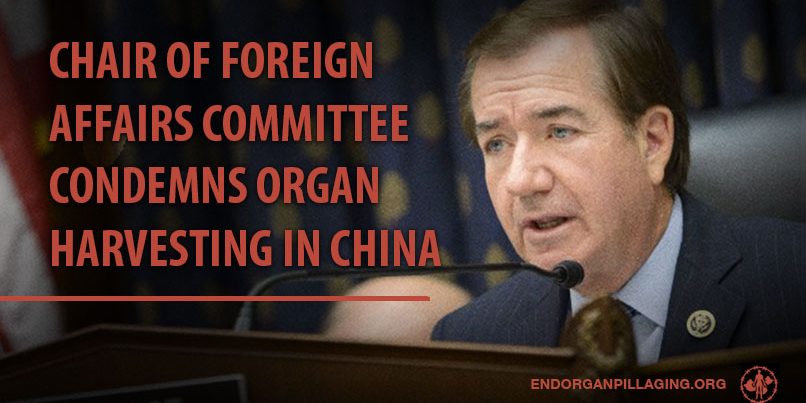 Currently 142 members of Congress on both sides of the aisle have cosponsored House Resolution 343, which expresses concern about “persistent and credible reports of systematic, state-sanctioned organ harvesting from non-consenting prisoners of conscience in the People’s Republic of China,” including from large numbers of Falun Gong practitioners and members of other religious and ethnic minority groups.

Congressman Ed Royce said he supported the bill during questions at a recent human trafficking event at California State University, Fullerton. Royce said there was a need to create a disincentive for forced organ harvesting.

“I support getting it on the floor and passing it,” he said.

Royce said he also hoped to work with U.S. hospitals to educate Americans on how China uses prisoners of conscience to source organs and how there are real questions about whether they come from willing donors.

“Many of us have constituents or know people that are in line in order to go through the procedure properly,” he said.

“But that is the safest way for them to do it, and that is the guarantee that they’re not a party to the exploitation of those innocent people overseas who might be persecuted because of their religious differences or political beliefs, who end up being in prison and then being forced to give an organ.”

The European Union passed a similar resolution in December 2013.

The practice of forced organ harvesting in China was investigated and confirmed by notable human rights lawyer David Matas and former Canadian Secretary of State David Kilgour in their 2006 report “Bloody Harvest.” They estimated that 41,500 transplantation operations were performed in China in the years 2000-2005 for which Falun Gong practitioners were the most likely organ source.

Investigative journalist Ethan Gutmann published further evidence in his 2014 book “The Slaughter,” tracing the practice to Xinjiang and Uyghur dissidents prior to the 1999 crackdown on Falun Gong. He estimated the death toll to be 65,000 between the years 2000 and 2008. That number is believed to be far higher today.