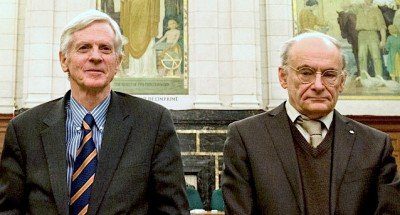 Alberta has a certain legendary appeal for Ethan Gutmann, having heard the province immortalized in the ever-influential “Four Strong Winds,” a song covered by everyone from Bob Dylan to Neil Young and Johnny Cash.

But Gutmann, an American who now calls London, U.K. home, wasn’t in Edmonton to talk tunes, but something much more difficult to speak of.

The award-winning China analyst and contributor to prominent publications spent the past seven years researching state-sanctioned forced organ harvesting in China from prisoners of conscience, who are kept alive only until their organs are sold, dying on the operating table to maximize the viability of their organs.

Gutmann describes the procedure in the first chapter of his new book, “The Slaughter: Mass Killings, Organ Harvesting, and China’s Secret Solution to Its Dissident Problem.”

On Oct. 28, Gutmann was in Edmonton to take part in a forum along with other speakers and talk about the subject of forced organ harvesting in China.

“This really has a lot to do with Canada,” said Gutmann, who went on an eight-city Canadian tour to talk about his findings.

When reports of organ harvesting from live Falun Gong prisoners of conscience first surfaced in 2006, it was David Kilgour, a former Edmonton MP and Secretary of State for Asia Pacific, and David Matas, a Winnipeg-based international human rights lawyer, who first did a comprehensive investigation into the issue, publishing their findings in the book “Bloody Harvest: The Killing Of Falun Gong For Their Organs.“

“This is kind of a homecoming, this is where the investigation started,” said Gutmann.

In his research for the book, Gutmann interviewed over 100 people, including victims of persecution and remorseful doctors in China’s military hospitals involved in forced organ harvesting.

“He’s an excellent researcher and writer. He doesn’t pull his punches like so many people do because they’re worried about their next visa to go to China,” said Kilgour, another keynote speaker at the event held at the University of Alberta’s Medical Sciences building.

Addressing the topic “How should Canada respond,” Kilgour referenced recommendations included in “Bloody Harvest” such as refusing to train Chinese transplant professionals at Canadian universities.

He also urged Edmontonians to talk with their representatives about introducing legislation making it illegal for Canadians to undergo organ transplantation in China, a practice known as transplant tourism.

Edmontonians should also approach their MLAs and other representatives about removing the Beijing-run Confucius Institutefrom the Edmonton public school system, Kilgour suggested.

Branded as promoting Chinese language and culture, Confucius Institutes have been cited by Chinese officials as tools used by the Chinese Communist Party to extend its soft power, and intelligence experts have said they are active in espionage. The Toronto District School Board voted to end its partnership with the institutes on Oct. 29, and McMaster University and the University of Sherbrooke also decided to end their partnerships recently.

Dr. Charl Els, another keynote speaker at the event and a psychiatrist specialist who has worked with transplant patients for a number of years, said it’s an embarrassment that the medical community doesn’t know enough about forced organ harvesting in China.

Els is an associate clinical professor at the University of Alberta’s Department of Psychiatry and the John Dossetor Health Ethics Centre, the latter being one of the sponsors of the event.

“My initial response to [“The Slaughter”] was that I cannot begin to imagine the actual psychiatric turmoil and the hell people go through who are exposed to this, and families of people,” Els said.

“I cannot help but look at this on an existential level that this goes beyond comprehension. Certainly the issue of sanctity of life keeps coming back to me.”

To help end the practice in China, people can start by raising awareness and familiarizing themselves about the issue, Els said.

“Start talking about it, start getting angry about it, involve the emotions in getting to understand what is actually happening.”

Those involved with forced organ harvesting in China and any research they provide for publication should be banned from conferences and academic settings, he added.