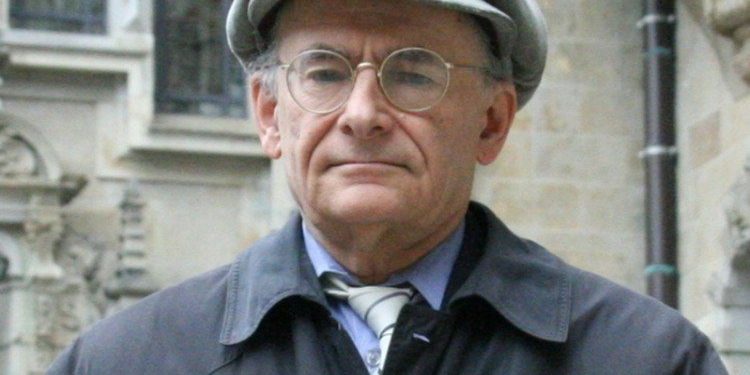 (Revised Remarks for a panel October 26th, 2020 hosted by University of North Carolina Center for Bioethics and Division of Abdominal Transplant Surgery)

There are huge gaps in the ethics systems world-wide in dealing with the avoidance of complicity in organ transplant abuse abroad in general and with the avoidance of complicity in the killing in China of prisoners of conscience for their organs in particular. Virtually everywhere, ethical systems need to be developed to target this abuse systematically. Allow me to suggest nineteen ethical standards which need to be adopted to target this abuse, twelve drawn from standards developed in various countries grappling with transplant tourism into China and seven drawn from standards developed internationally.

Medical personnel should not go abroad with a patient for organ transplantation and receive compensation.

Medical personnel should not introduce patients to intermediaries or organ transplant brokers.

Medical personnel should not refer patients to a country where either

A doctor should not refer a patient for an organ transplant outside the country without ascertaining beyond any doubt that the consent is given freely or voluntarily by the donor.

Physicians should not perform investigations in preparation for transplantation of a purchased organ.

Physicians should not prescribe medications which will be used during the transplantation of a purchased organ.

Physicians should not provide medical records to patients if they believe the information will be used in support of an abusive transplant performed in a system which violates international human rights standards and that there is a significant risk of harm either to the patient or to the organ source.

Patients should be counselled that, if they go to China for a transplant, someone may be killed for the organ they receive.

Patients should further be counselled that, if they go to China for a transplant, aftercare on return will be compromised because Chinese healthful officials do not provide records to patients of what was done and what is needed to be done.

11. Patients should be advised that health care providers at home may not be able to obtain reliable clinical information from the centres abroad which performed the transplantations.

12. Patients should also be advised that, if they go to China, the doctor at home currently treating them may not continue to assist them, provided alternate care can be arranged.

The Transplantation Society, an international organization of transplant health professionals, in 2006 set out a policy that made an attempt to address the problem of engagement with Chinese transplant professionals. The Society recommended seven principles.

The first principle of the Society was that only those doctors who agree not to source organs from prisoners should be permitted to become members. There needs to be added to this statement the principle that anyone about whom there are reasonable grounds to believe has participated in sourcing organs from prisoners would, if not already a member, not be allowed to join, or, if already a member, have his or her membership revoked.

The seventh principle of the Society was that international registries should accept data from patients transplanted with organs from executed prisoners, provided the source of the organ is clearly identified and recorded as procured from an executed prisoner and provided also that the data are not incorporated in the total analysis of outcomes of transplantation or other scientific registry studies. The principle should be that international registries could accept data from patients transplanted with organs in countries which source organs from executed prisoners or prisoners of conscience, as long as the data are classified as problematic, until it is established beyond a reasonable doubt that they are not.

A basic question is whether there should be any interaction at all with organ transplant professionals abroad engaged in abuse. Should there be ostracism or engagement?

Today, transplant professionals globally face abuse of transplant surgery in Communist China. However, the global professional response has been nowhere near as strong.

At a time when the Government of China acknowledged that almost all its organs for transplants were coming from prisoners, albeit only prisoners sentenced to death for common crimes, the Transplantation Society refused to allow 35 Chinese participants for ethical reasons to attend the World Transplant Congress in San Francisco in July 2014. Many invited overseas transplant experts failed to attend a transplant conference held October 2014 in Hangzhou, China.

After these two events and stung by them, the Government of China announced that, as of January 2015, they would cease using organs from prisoners sentenced to death. And that announcement, without a serious attempt at determination whether any change in fact happened, was, for The Transplantation Society, enough.

At a Congressional hearing on Chinese organ transplant abuse, Dr. Francis Delmonico, a former head of The Transplantation Society, in Washington DC in June 2016, was asked:
“How do you independently verify that even though he [Huang Jiefu] may be very sincere that anything he says, zero foreign customers for organ trafficking in 2016, how do you independently verify that, when there has been such a backdrop of terrible duplicity, lies, and deception on the part of the government?”

The answer Delmonico gave was this: “I am not here to verify. That is not my job.”

The Vatican hosted a Summit on Organ Trafficking and Transplant Tourism in February 2017. When researchers asked to be invited, the response from the Vatican was, and I quote,
“The organizer intends for the Summit to be an academic exercise and not a reprise of contentious political assertions.”
In the result, they invited none of researchers into transplant abuse in China and did invite Chinese Communist Party officials who propagandized against that research.

About Huang Jiefu, the chief Chinese Communist Party/state health official invited, Israeli transplant surgeon Dr. Jay Lavee said:
“Given his personal record and the fact that he still does not admit the use of organs of prisoners of conscience, he should not have been invited,”
But he was invited anyways.

All too many global transplant professionals have been buying into Chinese propaganda hook line and sinker. They parrot the Party line that the research demonstrating mass killing of innocents for transplantation is based on rumour, though it is not. They echo the Party line that the research is unverifiable, though it is both verifiable and verified beyond any reasonable doubt. They repeat the Party claim that abuses are in the past, when they are not. They make the outlandish claim that disinterested researchers are political and that Chinese Communist Party officials are academics. They accept Theresienstadt/ Potemkin facades as reality.

Accordingly we are faced with not just with one reality, the mass killing in China of prisoners of conscience for their organs, but rather two, the second being the fact that all too many in the global transplant profession are determined to turn a blind eye to this first reality. To repeat the words of Francis Delmonico, they do not investigate, that is not their job. And they dismiss the research that has been done as politics.

One is to have the current leadership of The Transplantation Society change their position, no mean feat. The second is to change the leadership of the transplant profession, both nationally and internationally. Once the leaders of the transplant profession internationally or even in several countries, are committed to speaking out against transplant abuse in China, as Dr. Jay Lavee has done in Israel or Dr. Adnan Sharif has done in the UK, the global dynamics within the profession will change.

The third is to invoke the broader medical organizations, the national and international medical associations. The World Medical Association and its national counterparts are not compromised by past misdirection in the way that many in the transplant profession have been.

The fourth is for the medical profession to incorporate the ethical standards set out in this presentation or variations of them. Once these standards are adopted, each individual transplant professional would ethically be prevented from complicity in transplant abuse in China.

David Matas is an international human rights lawyer based in Winnipeg, Manitoba, Canada

Senate Bill S-223, An Act to amend the Criminal Code and the Immigration and Refugee Protection Act (trafficking in human organs)
January 1, 2022

Launch of the #NotFromChina Pledge to Help End #MurderForOrgans in China
December 9, 2021