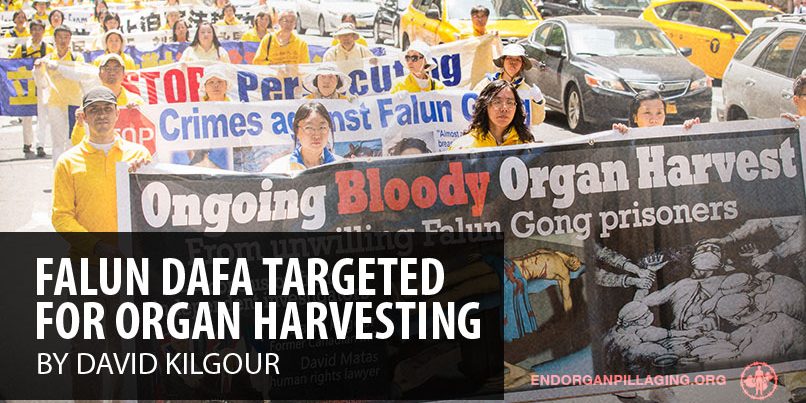 Falun Dafa—more popularly now known as Falun Gong in about 130 countries worldwide—is an ancient Chinese spiritual practice. It combines the art of meditation with qigong exercises, while focusing on principles of “Truthfulness, Compassion and Forbearance”.

It was introduced in northeast China in 1992 by Master Li Hongzhi, a public servant, who added a unique emphasis on self-cultivation towards spiritual improvement to already widely-practised gentle qigong exercises. Li made practising Falun Dafa so popular among people of all walks of life and ages that it quickly spread across much of China.

By the government’s own estimates, 70-100 million citizens were practising Falun Gong by the late 1990s. It also garnered support from the Chinese Communist party initially because the practice and its healthful principles were considered to save the government substantial sums otherwise spent on health costs.

Falun Dafa teachings regard helping practitioners to differentiate between right and wrong as essential. This philosophy is held to be the highest expression of the Buddhist Dharma (Tao) and comprises two main features: the performance of the exercises and the enhancement of one’s xinxing (moral character/temperament).

Xinxing is an essential component of the spiritual exercise as it not only includes self-control and awakening to things, but also giving up desires, attachments, negative thoughts and bad behaviour. Practitioners must also undergo hardships. Each Falun Dafa principle is discussed in Li Hongzhi’s Zhuan Falun, published in 1995.

Falun Dafa after 1997 began to be harshly criticized by the party-state in Beijing. The Party invented reasons to cease supporting the practice, declaring the non-political movement “heretical” and a threat to the nation’s social stability.

In reality, the Party’s then leader, Jiang Zemin, saw the large and growing number of practitioners in the movement as a threat to its own philosophy and legitimacy. Thus began the conflict between the Party and the always peaceful followers of Falun Dafa, which continues to the present day. What made things even worse was an April 1999 silent protest by thousands of Falun Dafa practitioners, who gathered in front of the central government compound in Beijing, requesting lawful recognition and an end to government persecution.

In July 1999, the Party under Jiang Zemin began to view Falun Dafa as its ‘number one’ enemy. Persecutions were unleashed in the name of ‘reform through labour’. Tens of thousands of Falun Gong were not only sent to forced-labour camps on police signatures only without hearings or appeals, but were brutally tormented, starved, beaten and tortured with electric truncheons.

The persecution filled China’s vast network of slave labour camps with healthy, exploitable prisoners of conscience, who were well-suited to trafficking in vital human organs. In 2014, after eight years of research, the U.K. author Ethan Gutmann published The Slaughter.

He estimates that at any given time, from 450,000 to a million Falun Gong practitioners languish in prisons and labour camps. He concludes that approximately 65,000 Falun Gong, and two to four thousand Tibetans, Uyghurs, and Christians were killed for their organs in the 2000–2008 period.

His estimates regarding Falun Gong practitioners are similar to those of David Matas and me for overlapping time periods.

The Party on being criticized for this systematic violence, which David Matas and I term ‘a new form of evil on the planet’, conjured up make-believe stories of Falun Dafa followers having committed gruesome crimes.

In some cases, persons who nowhere exist or have any connection with Falun Dafa were telecast in staged acts as criminals. Human Rights experts and many others have been highly critical of the on-going persecution of peaceful Falun Dafa practitioners, disapproving Beijing’s policy of eradicating any non-violent movement that becomes popular in the country. There have been several attempts to explain the inhuman campaign of the Beijing Party, one being that Falun Dafa reminded it of other spiritual groups that turned mutinous, but any observer knows that this is the most non-political and non-violent group the Party could face.

The factor considered by most as the reason behind the Party’s violent attacks is its popularity and independence, which the government feared could prove fatal to its Marxist governance model.

The Party also claims that the fundamental principles of Falun Dafa of truth, kindness and forbearance have nothing in common with the socialist values it purports to favour, and hence feels threatened by such a huge community that continues to grow worldwide.

Despite the Communist Party’s severe campaign against Falun Dafa followers, the number of persons to join the movement continues to increase, with its followers protesting the government’s cruel lash outs at them by peaceful meditation in front of government buildings around the world.

It has also created various sites where they produce literature and DVD’s to defy the media portrayal in Beijing of Falun Dafa.

Falun Dafa founder Li Hongzhi has been living in the United States since 1996, but the practice of Falun Dafa, has now become truly international. Only this week, news came that the international NGO, Doctors against Forced Organ Harvesting (DAFOH), the leading international NGO against the ongoing crime against humanity in China, has been nominated for this year’s Nobel Peace Prize.

David Kilgour is co-chair of the Canadian Friends of a Democratic Iran, past chair of the Latin America and Caribbean policy working group of the Ottawa branch of the Canadian International Council. He was also Former Canadian Secretary of State for Asia-Pacific.