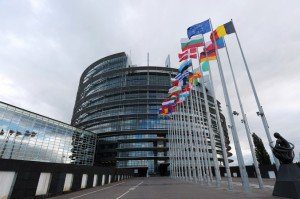 The European Parliament has put the People’s Republic of China on notice that its practice of forced organ harvesting is unacceptable.

A resolution passed Thursday afternoon in Strasbourg, France, expresses “deep concern over persistent and credible reports of systematic, state-sanctioned organ harvesting from nonconsenting prisoners of conscience in the People’s Republic of China, including from large numbers of Falun Gong practitioners imprisoned for their religious beliefs, and members of other religious and ethnic minority groups.”

China is called on by the resolution to: “immediately end the practice of organ harvesting from prisoners of conscience”; respond to requests from the UN special rapporteurs on torture and on freedom of religion or belief as to the source of the organs used in transplantation and allow the rapporteurs to conduct an investigation; and immediately release “all prisoners of conscience in China, including the Falun Gong practitioners.”

The EU and its member states are recommended by the resolution to publicly condemn the transplantation abuses in China and to raise awareness among their citizens travelling to the PRC. The resolution calls for the EU to conduct a “full and transparent investigation” into the PRC’s organ transplant practices and “for the prosecution of those found to have engaged in such unethical practices.”

The resolution also identifies the main victims of forced organ harvesting in China: “In July 1999, the Chinese Communist Party launched an intensive, nationwide persecution designed to eradicate the spiritual practice of Falun Gong leading to the arrest and detention of hundreds of thousands of Falun Gong practitioners … there are reports that Uyghur and Tibetan prisoners have also been subject to forced organ transplantations.”

“The position of the European Parliament is really very important,” wrote Dr. Rafael Matesanz, the director of the National Transplant Organization in Spain, in an email.

“That the representation of the citizens of 28 EU countries express a common position in front of the Chinese government and ask them to stop immediately all these unethical practices … should be certainly welcome,” wrote Matesanz.

He noted that on this occasion “other considerations” that have “modulated the positions of many governments or international bodies” were forgotten. The PRC regularly uses access to trade and diplomatic browbeating to try to suppress criticism of its human rights record.

Erping Zhang, the spokesman for the Falun Dafa Information Center, said the EU resolution “has sent a loud message to the CCP regime that such crimes against humanity are unacceptable by members of civilized societies.”

Kirk Allison, Ph.D., the director of the program in Human Rights and Health at the University of Minnesota, hailed the resolution as a “significant step forward.”

“By formally recognizing as credible the evidence of … ongoing abuses,” Allison wrote in an email. “It advances the issue from discussion to action.”

“International pressure should follow in the same direction [as the EU resolution] not just in Europe but all over the world, with international bodies like the WHO, the UN, or the Council of Europe,” wrote Matesanz.

The resolution “will serve as a beacon for many other sovereign countries and regions to demand from China to immediately live up to the basic rights of the 21st century,” wrote Dr. Trey in an email.

Matesanz said the resolution gives “A clear definition about what should not be done for patients: going abroad to buy an organ of unethical origin.” It also gives guidance to “some European doctors, which ‘understand’ or even facilitate such practices for the theoretical benefit of their patients.”

Matesanz worked in his native Spain to see that a law was passed that criminalized a Spanish citizen receiving an organ taken from an unwilling victim, whether the transplantation took place in Spain, China, or elsewhere.

Trey wrote, “This resolution will contribute to sensitize nations around the world to adopt regulations that put an end to unethical organ trade and procurement.”

The EU resolution builds on work done investigating and condemning the PRC’s regime of forced organ transplantation and its human rights record.

The work that has previously been done on the issue of the PRC’s forced organ harvesting has borne fruit not only in the EU resolution, but also in several other recent initiatives.

On Dec. 9, a delegation from Doctors Against Forced Organ Harvesting delivered a petition to the Office of the U.N. High Commissioner on Human Rights that had been signed by 1.48 million people from 53 countries.

The petition asks the high commissioner to call for “an immediate end of forced organ harvesting from Falun Gong practitioners in China,” to initiate investigations that will lead to the prosecution of those responsible for this crime against humanity and to call upon the Chinese government to end the persecution of Falun Gong.

On Dec. 6, Canadian M.P. Irving Cotler introduced a law that seeks to prevent Canadians from getting a transplant of organs that were not willingly donated.

The U.S. House of Representatives is expected to vote soon on a resolution with 165 co-sponsors that condemns the forced harvesting of organs from prisoners of conscience.

In Australia, when the Parliament of the state of New South Wales comes back in session in early 2014, it will consider a bill that will prohibit obtaining organs harvested from unwilling victims.

Tunne Kelam, a European Parliament MP from Estonia, believes the fundamental cause of the forced organ harvesting in China is the system.

He told a New Tang Dynasty reporter that, being from Estonia, “I’m more familiar with that totalitarian system, they can do anything, being a dictatorship.”

At a forum held at the European Parliament on Dec. 11, the day before the vote on the resolution, Edward McMillan-Scott, the vice president of the EU Parliament responsible for human rights and democracy, described China as “probably the most terror-based country on earth.” He said, “The repressive, brutal, and arbitrary tactics used by the Chinese regime… [are] the result of totalitarianism.”

Zhang of FDI wrote that the practice of forced organ harvesting in China “is essentially the expression of the CCP’s system of eradicating all dissenting voices.”

“The ultimate solution to ending injustice in today’s China is a change in the system, namely a China free of the Communist Party,” Zhang wrote, “where the citizens of China can freely practice their personal beliefs and follow their cultural traditions.”