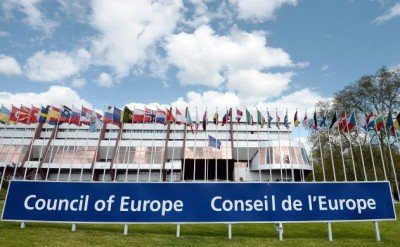 An official European representative body has promulgated a new convention outlawing the trafficking in human organs, calling on all countries to become signatories to it and criminalize the practice and punish offenders.

With the new convention, it aims to have governments criminalize certain forms of organ transplantation, including where the donor is not freely consenting, or where the donor or a third party receives financial gain from the transaction.

The full document explains that its purpose is in part also to “facilitate co-operation at national and international levels on action against the trafficking in human organs.”

“The existence of a world-wide illicit trade in human organs for the purposes of transplantation is a well-established fact,” an explanatory document to the convention says. The existence of this market “presents a clear danger to both individual and public health and is in breach of human rights and fundamental freedoms and an affront to the very notion of human dignity and personal liberty.”

A key concept in the documents was that the donor must be able to give free consent for the transplant to be ethical—but no precise definition was given of the circumstances under which consent may be freely given.

In response to an enquiry by Epoch Times, Estelle Steiner, spokesperson for the Council of Europe, clarified that “free and informed consent means a consent which can be freely withdrawn at any time.”

This means, she said, “prisoners on death row can in our view not give a free and informed consent to donating organs as they are at risk of being subjected to undue pressure because of their personal situation.”

The definition of free consent, and whether prisoners are considered able to provide it, is important and politically sensitive when it comes to having the People’s Republic of China, the world’s most populous nation and a chronic abuser of ethical organ transplantation practices, sign the convention.

Xinhua, the Chinese state news agency, quickly reported the news about promulgation of the convention, but did not touch on how it may relate to China’s transplant practices.

Previously the World Health Organization, often wary of criticizing China, wrote in a bulletin that, “in China around 12 000 kidney and liver transplants were performed in 2005. Most of the transplant organs were alleged to have been procured from executed prisoners.”

The note continued: “the lack of established rules about the allocation of organs, coupled with the prioritizing of foreigners due to their ability to pay and the existence of brokers… have led to the view that deceased organ transplants for foreigners in China do constitute part of the international organ trade.”

Questions have not often been forthcoming from the major international medical groups, however, about the source of organs for numbers like 12,000 kidney and liver transplants in one year, or consecutive years of over 10,000 transplants. China’s fledgling organ donation system did not exist until a few years ago, and the number of executed prisoners—the other identified source of organs—is believed to have remained constant at only a few thousand each year, over half of which, it is estimated, are not viable for transplant because of the diseases often carried by criminal prisoners.

The other source of organs identified by researchers as making up this shortfall is the prison and formerly labor camp population of practitioners of Falun Gong, a traditional Chinese spiritual practice that has been persecuted in the country since 1999.

This history, and the continued harvesting of organs from at least death row prisoners, means that it is unlikely for the People’s Republic of China to become a signatory to the new Convention.

Whether the convention will actually put pressure on the Chinese authorities is unclear. “Pressure on China comes from people and not just documents, where the documents are not, on their face, directed to China,” wrote David Matas, a Canadian human rights lawyer who co-authored a seminal report on organ harvesting from Falun Gong practitioners in China. “Would the Government of China be able to ignore this Convention? The answer is all too easily unless individuals in contact with China refer to and rely on the Convention standards in dealing with China.”

Matas emphasized how sensitive the Chinese are to pressure from international society on these questions. “The Convention emphasizes the extent to which China is divorcing itself from other countries when it comes to organ sourcing standards,” he said. “The Convention can and should be used to make that point.”