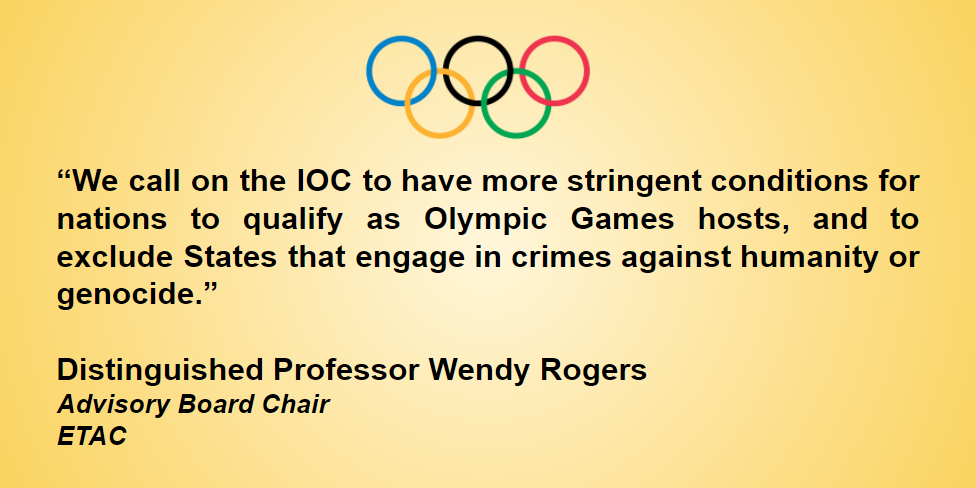 The International Coalition to End Transplant Abuse in China (ETAC) calls for participating governments and sponsors to withdraw their support for the 2022 Beijing Winter Olympic Games.

China stands accused of grave human rights abuses against Tibetans, Falun Gong practitioners, Uyghurs, Christians, democracy activists and others. These abuses include forced organ harvesting, forced sterilisation, forced labour, arbitrary detention and murder, amounting to crimes against humanity and genocide. The Winter Olympics is a distraction from these abuses, offering China a chance to ‘sportswash’ its reputation and distract from the atrocities that continue to take place.

The international sporting community should boycott the Winter Olympics. Any government, company or sponsor who participates in them implicitly condones China’s criminal actions.

“It is incomprehensible that Beijing qualified to hold the Winter Olympics. The Chinese Government is committing crimes against innocent people for their faith or ethnicity, including killing prisoners of conscience for their organs. Given this appalling record, the IOC should not have considered Beijing as a potential Olympic host.

We call on the IOC to have more stringent conditions for nations to qualify as Olympic Games hosts, and to exclude States that engage in crimes against humanity or genocide.”

For information on events and petitions, please visit the following links: