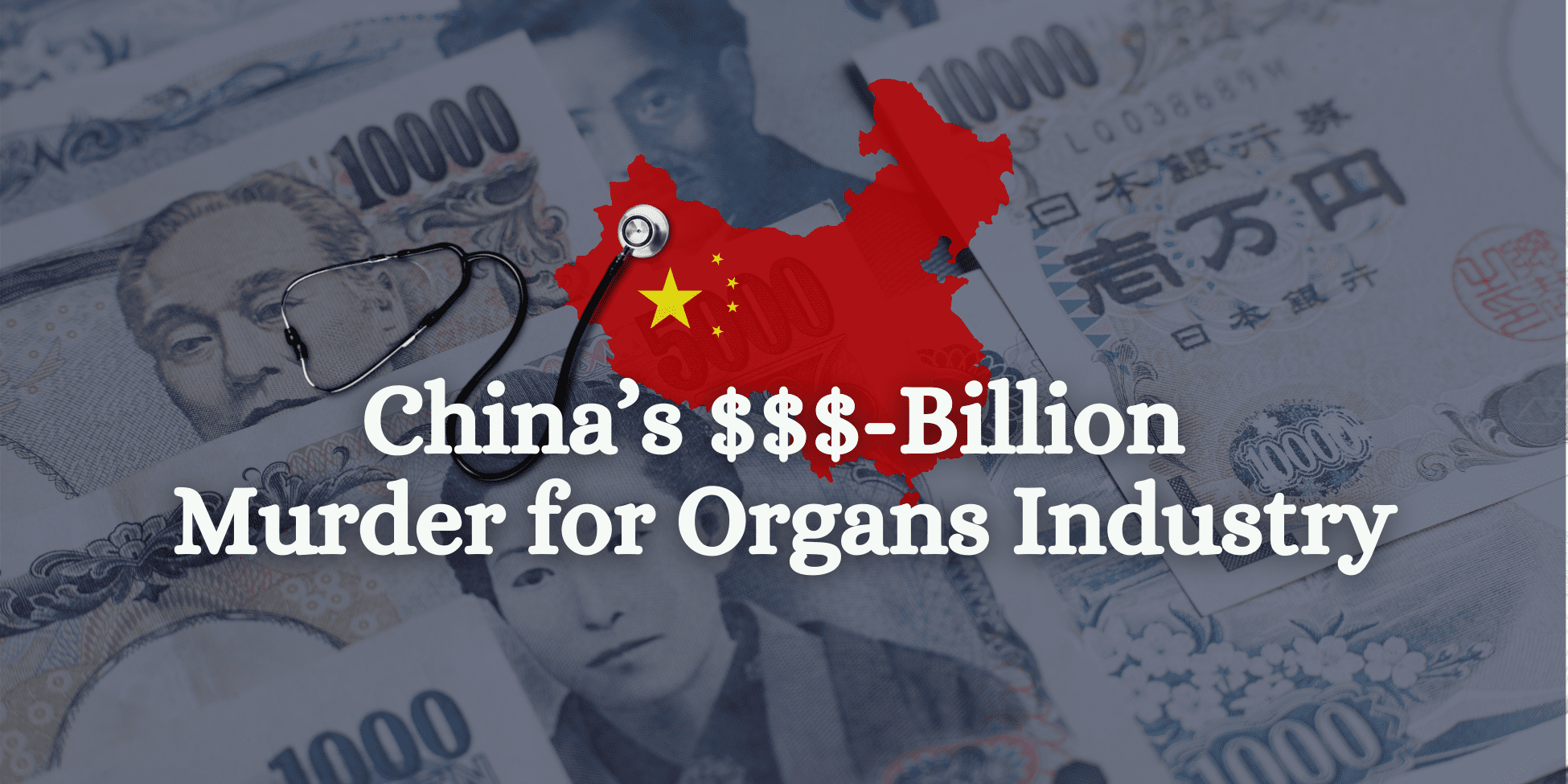 Forced organ harvesting (FOH) involves the planned killing of people so that their organs can be removed and sold. The victims are Falun Gong practitioners and Uyghurs who are violently detained for their beliefs and ethnicities. FOH and organ trafficking is a growing issue, particularly where impoverished peoples are coerced to sell an organ and left without medical care. In China, it is a mass-scale, state-sanctioned crime involving the army, police, state hospitals and a covert security department, which feeds a multi-billion dollar transplant industry.

The China Tribunal, chaired by Sir Geoffrey Nice, QC (who formerly served as lead prosecutor of Slobodan Milosevic), conducted the first independent legal analysis of FOH from prisoners of conscience in China. After reviewing multiple lines of evidence, the China Tribunal concluded that, “Forced organ harvesting has been committed for years throughout China on a significant scale” and “Falun Gong practitioners have been one – and probably the main – source of organ supply.”

Governments across the world are beginning to take a stand against this atrocity. So far 2021 has seen the Medicine and Medical Devices Bill Amendment passed in the UK, the Canadian Organ Trafficking Bill S-204 passed in the Senate, a Texas Resolution condemning China’s practice of FOH, and resolutions passed by Nine Counties in Virginia condemning the Chinese Communist Party’s (CCP) FOH.

Twelve United Nations Special Procedures experts recently issued a correspondence to China regarding forced organ harvesting . The experts reviewed credible reports including those detailing forced medical examinations, such as blood tests, ultrasound and x-rays, and discriminatory conduct only on ethnic, linguistic or religious minorities illegally detailed in China. The experts called on the CCP to “promptly respond to the allegations of ‘organ harvesting’ and to allow independent monitoring by international human rights mechanisms.”

Additionally, in June, over 70 organizations urged for co-sponsorship of the bipartisan Stop Forced Organ Harvesting Bill of 2021.

ETAC is committed to promoting and protecting human rights, and will continue combatting FOH and organ trafficking in China. Our activities include parliamentary briefings, roundtable discussions, Q&A forums, lectures, online seminars and film screenings. ETAC has an abundance of resources publicly available that educate and empower the global community towards ending FOH. There are many ways you can help.

FOH and organ trafficking of prisoners of conscience in China must stop.