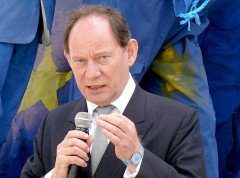 Edward McMillan-Scott, MEP is the Vice-President of the European Parliament, Democracy & Human Rights

He is one of the most outspoken front runners in Europe (and globally) in the combat against the unethical, forced organ harvesting in China. For years, he was significantly involved in raising awareness against forced organ harvesting in China, leaving a strong voice for human rights and human dignity. He faces now his reelection in the European Parliament on May 22, 2014. His reelection, independent from any partisanship, is very important for the continuation of his work in the European Parliament which has just passed a critical resolution on Dec 12, 2013.

– Medal of Honour 2013 for Democracy and Human Rights work, and the

The International Coalition to End Organ Pillaging in China would like to encourage you to support Edward McMillan-Scott by donating to his campaign. Time is of essence as the postal votes close two weeks from today and his office is about €90,000 short for a postal delivery of leaflets and other material to a population of 5 million across the region. Any support can make a difference.

In his region, Yorkshire & Humber, he is top of the list of candidates (European elections are held under Proportional Representation in all 28 countries) but he needs 12.7% of the vote to get elected, and he was lately at around 10%. Please find attached an appeal letter that elaborates on further aspects of his work.

Please take the liberty to forward this to friends and colleagues who want to support VP McMillan-Scott and donate to his campaign.

On behalf of those who don’t have a voice to speak up, and for whom VP Edward McMillan-Scott is willing to lend his voice, thank you very much for your timely support.

On the website there is a page with donation options:

Dear friend of democracy in China,

An important election for Falun Gong

The five-year elections to the European Parliament across 28 countries, will take place in the UK on 22 May. The election is held under proportional representation. I am the number one candidate for the Liberal Democrats, but I need at least 12% of the vote to be elected. Currently, my party is just below this point in opinion polls, so my re- election is not certain.

In 2006 I visited Beijing and met Falun Dafa ex-prisoners of conscience. I have been the foremost parliamentary activist against the persecution of Falun Gong in China since then.

In Beijing Gao Zhisheng – the great human rights lawyer – and I struck up our friendship. Since then I have used my position as a parliamentarian to bring political and media attention to the persecution of Falun Gong in China. It was a pleasure to meet his wife in Washington DC last March in a joint press conference we gave on Capitol Hill with Chen Guangcheng.

I have focussed on the persecution of religious minorities, but especially Falun Gong practitioners, in many European Parliament reports on human rights in China and in numerous Brussels hearings. In December I sponsored a formal resolution on organ harvesting in China.

In my pamphlet titled ‘Edward fights for democracy & human rights reform worldwide’ there’s a photo of me and little Fadu taken while I was on a speaking tour. Her dad was killed in a prison camp. In January I wrote about my activities for Epoch Times. I have just hosted a hearing on China’s lost culture, followed by a reception for Shen Yun Performing Arts’ European Tour. I have held many meetings with key figures in several continents to plead the case for reform in China.

To allow me to continue my work I need to be re-elected. With an electorate of 5 million this is expensive. Would you be willing to contribute to my re-election fund? If so, please visit the donate page of my website www.KeepEdwardIn.com for access to the campaign fund (Yorkshire and Humber European Parliament Development Fund YANDHEPDF). In the ‘Purpose’ line, please enter European Election donation. It may be tax-deductible

If you have any questions please don’t hesitate to contact my office or email me at edward.mcmillan- scott@ep.europa.eu. 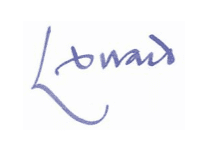 P.S. Please feel free to pass this letter on to anyone who might be interested in donating to my campaign. Please note, the maximum from anyone outside the UK is £499.

Published and promoted by and on behalf of the Liberal Democrats, 8-10 Great George Street, London, SW1P 3AE.