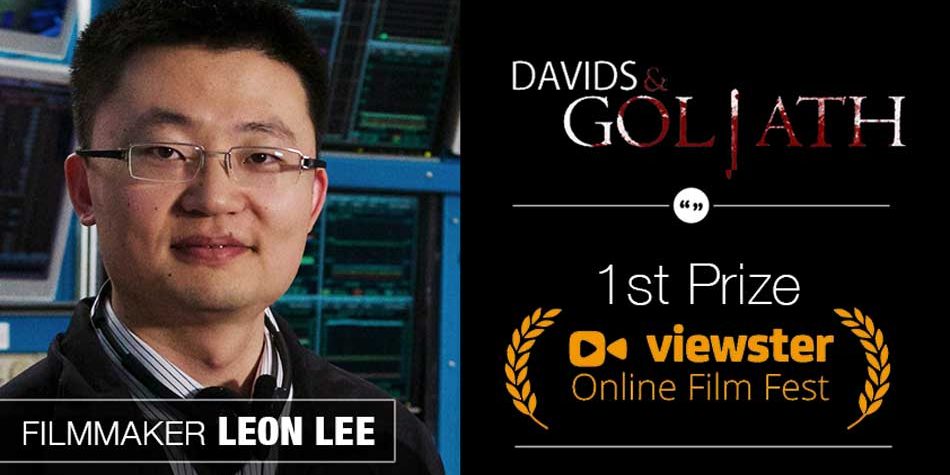 BY STUART DERDEYN, THE PROVINCE

The prize is worth $50,000 and the film was selected by a panel of three industry judges who also awarded second ($30,000) and third place ($20,000) prizes. The top three films were selected from a Top 10 list compiled through social media shares and likes from approximately a million-plus participants. A total of 230 works were submitted.

Lee, 33, a journalist previously employed in B.C.’s Chinese media who came to Canada in 2006, was inspired to make Davids & Goliath after reading Bloody Harvest and other media reports on the practice of illegal organ harvesting in China. This report produced by an investigative team comprising Canadian Nobel Peace Prize nominees — human rights lawyer David Matas and former MP David Kilgour — has drawn the ire of both the Chinese and Russian governments.

“When I first heard about the issue in 2006, I didn’t believe it was true,” says Lee. “But after reading the two David’s report and other information, I came to the conclusion that the story likely was true and thought it would be a good idea to present it to people to make their own decisions about.”

The filmmaking process was fraught with difficulty. Subjects didn’t want to talk, some had passed away and there were witnesses to armed guards outside the operating theatre and prisoners being subjected to organ harvesting.

Flying Cloud Productions also has a fictional work in production titled The Bleeding Edge, which turns the topic into a thriller.

“It’s about a Canadian entrepreneur who goes to China and winds up having an emergency heart transplant and discovers that his new heart is likely from illegal harvesting,” says Lee. “It also notes how Western technologies are helping this process to take place.”

Presently pursuing a master’s degree in business at Cornell University, Lee sees great potential in producing unique film content such as Davids & Goliath. While there has been no official fallout to date, he admits that he has no plans to travel to China any time soon. He feels that he is standing on the shoulders of giants with Davids & Goliath — both the two Davids themselves, as well as government help and public interest.