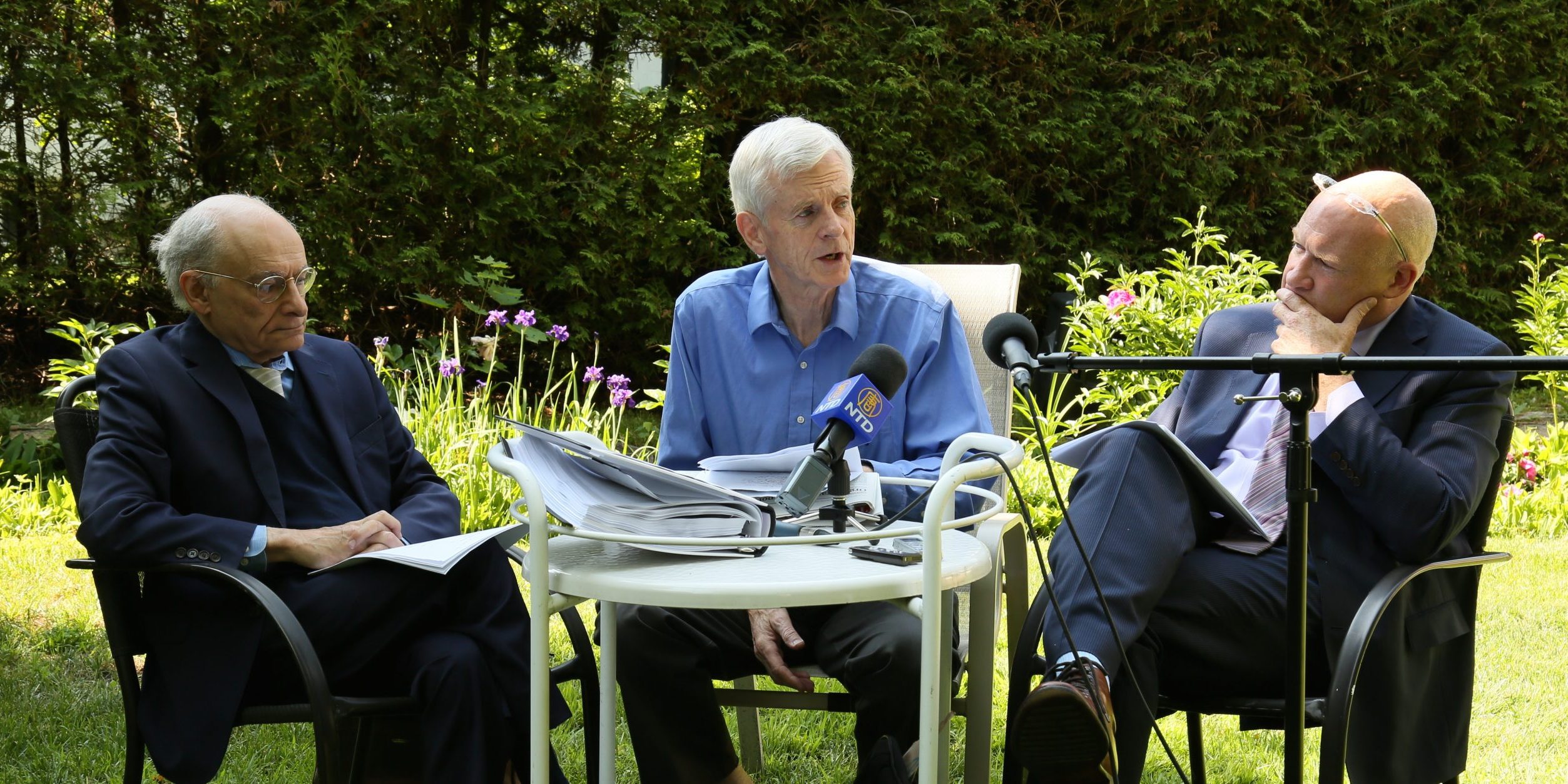 I have known David Kilgour all my adult life. From the get go, I could see that he was a friendly, outgoing, gregarious personality.

David K. was an undergraduate at the University of Manitoba in Winnipeg in the early 1960s the same time as I, a bit ahead of me, but as active in student affairs as I was and then some.  We were both by coincidence in Ottawa and then Paris at the same time in the late 60’s each pursuing our own work and studies.  I attended his wedding in Edmonton in 1974 where he was then a prosecutor.

Our casual contact changed dramatically in March 2006 when we began, on request from an NGO, a joint investigation into whether practitioners of the spiritually based set of exercises Falun Gong were being killed in China for their organs to be sold to patients in need of transplants.  From that time on, for the past sixteen years, I had been in touch with David K. on an almost daily basis, often several times a day.

The first version of our report, released in June 2006, came to the conclusion that the abuse in China with Falun Gong victims we were asked to investigate was happening. We realized that we could not just release the report and walk away from the issue to engage in our other activities, of which we had many. To keep the issue alive, we had to keep at it. And keep at it we did, with updates to our report, with the co-founding along with journalist Ethan Gutmann of an NGO on the issue, (the International Coalition to End Transplant Abuse in China) and with a steady stream of travels to conferences, rallies and hearings, of statements, speeches, submissions, articles, internet postings and e-mail list serve messages.

We became partners not just on this issue but on a variety of other human rights issues where we shared common cause – the tyranny in Iran, the atrocities against the Uyghurs, the threats to Taiwan, the repression in Hong Kong, antisemitism driven by distorted attacks on Israel, and so on.  By sharing the same concerns on so many issues in such depth for so long, I came to know David K. quite well.  What I could see was that he was dedicated to principle without reservation. The principles he held were fiercely, intensely held personal beliefs.

When he retired from Parliament after twenty seven years, he was then its longest serving member. During that career, he had been evicted from the Conservative Party for non-conformity, joined the Liberal Party and had then resigned in disagreement over their policies.  Given his character, that was a fate foretold. His openness to others, as well as his independence of mind and commitment to principle made him highly electable.  That same independence made his climbing what British Prime Minister Benjamin Disraeli called the greasy pole impossible. The ability to go along to get along was not in his repertoire.

His finest hours were those spent on human rights after he left Parliament. The issues surrounding human rights in general and China in particular brought out the best in him because they brought out the worst in others. Others might be prepared to trade off or water down principles for money or power or position or access.  Others might be willing to accept promises for reality, telling instead of showing. Others might succumb to delusions of grandeur because perpetrators mouthed the words their interlocuteurs wanted to hear.  But not David Kilgour.  He distinguished himself by his bottomless well of support for victims, his inexhaustible rejection of hypocrisy, his interminable anguish at impunity.

David Kilgour died April 5th. May he rest in peace.  But I do not think he will. His spirit will always suffer from the atrocities of this planet. In spirit, his anger will continue to flare at, his patience will again and again be tried by the perpetual onslaught of perpetrators; his sympathy will persistently embrace, his concerns will forever mount for the unending parade of victims.

All who have known him will miss him.  Yet he will not be gone. His example will endure to remind us of the difference between indifference and empathy, between bafflegab and honesty, between giving way and standing firm, between doing well and doing good.  He has not disappeared because he has become part of us.

Categories: By David Matas, In the News, News ReportsBy ETACApril 10, 2022