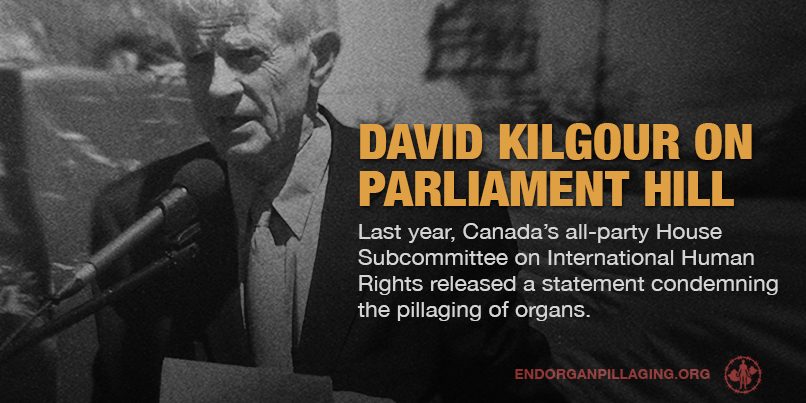 This is the year when all of us across the world working in coalition can succeed in ending the pillaging/trafficking in the organs of prisoners of conscience across China. The inhuman commerce, organized by the party-state in Beijing, has been going on since 2001.

Falun Gong practitioners across China draw from ancient Chinese traditions, including universally respected values, such as kindness and compassion. Both were featured in this year’s Shen Yun world tour, including Ottawa in two sold-out performances this past weekend. By the Beijing party-state’s own estimate, Falun Gong had attracted 70 to 100 million adherents across the country by the late 1990s. Fearing threats to its ideological supremacy, the then Jiang Zemin government banned the movement in mid- 1999. It continues to demonize Falun Gong through state media.

Working as volunteers, David Matas and I concluded, with dismay, that for 41,500 of the transplants performed from 2001 to 2006 in China, the only plausible explanation for sourcing was Falun Gong. We are convinced that China’s party-state has been committing systematic murder against the community for almost 15 years. We termed it a “new form of evil on the planet” and continue to investigate.

In his 2014 book, The Slaughter, author Ethan Gutmann puts the persecution of the Falun Gong, Tibetan, Uyghur and House Christian communities in context. He explains how he arrives at his “best estimate” that the organs of 65,000 Falun Gong and 2,000 to 4,000 Uyghurs, Tibetans and House Christians were “harvested” in the 2000 to 2008 period. How many more have been killed since?

The three of us will soon release a joint update on our findings.

Last year, Canada’s all-party House Subcommittee on International Human Rights released a statement condemning the pillaging of organs. It expressed, “deep concern over credible allegations that prisoners of conscience and members of religious and ethnic minority groups, including but not limited to practitioners of Falun Dafa and Uyghurs, in the People’s Republic of China are being executed for the purposes of harvesting and transplanting their organs.”

The subcommittee called on” the Government of Canada to consider ways to discourage and prevent Canadians from taking part in transplant tourism, where the organs have not been obtained in an ethical, safe and transparent fashion.”

Many Falun Gong prisoners of conscience survive in the estimated 350 forced labour camps across China until they are selected by computer data banks as “organ donors” for recipients waiting in hospitals in cities such as Shanghai. Matas and I visited about a dozen countries to interview Falun Gong who managed to leave both the camps and China. They indicated that Falun Gong were the only camp inmates to be examined regularly and carefully by doctors, but were also made to work in appalling conditions for up to 16 hours a day with no pay, little food and regular torture. The inmates make a range of export products often destined for multinational companies.

This is gross corporate irresponsibility and a violation of World Trade Organization agreements. Every government should enforce a legislated onus on its importers to prove their products are not made in effect by slaves. None of us should forget that the values we represent include human dignity for all, rule of law and independent judges, multi-party democracy, transparency, accountability, a good natural environment and no trafficking in pillaged human organs. The vast majority of the Chinese people seek the same features in their government as the rest of us. They and the rest of the world must help stop organ pillaging now. I understand that Prime Minister Trudeau is meeting today in Ottawa with Hu Chunhua of the Politburo in Beijing. If so, I hope he will raise these matters with his visitor.