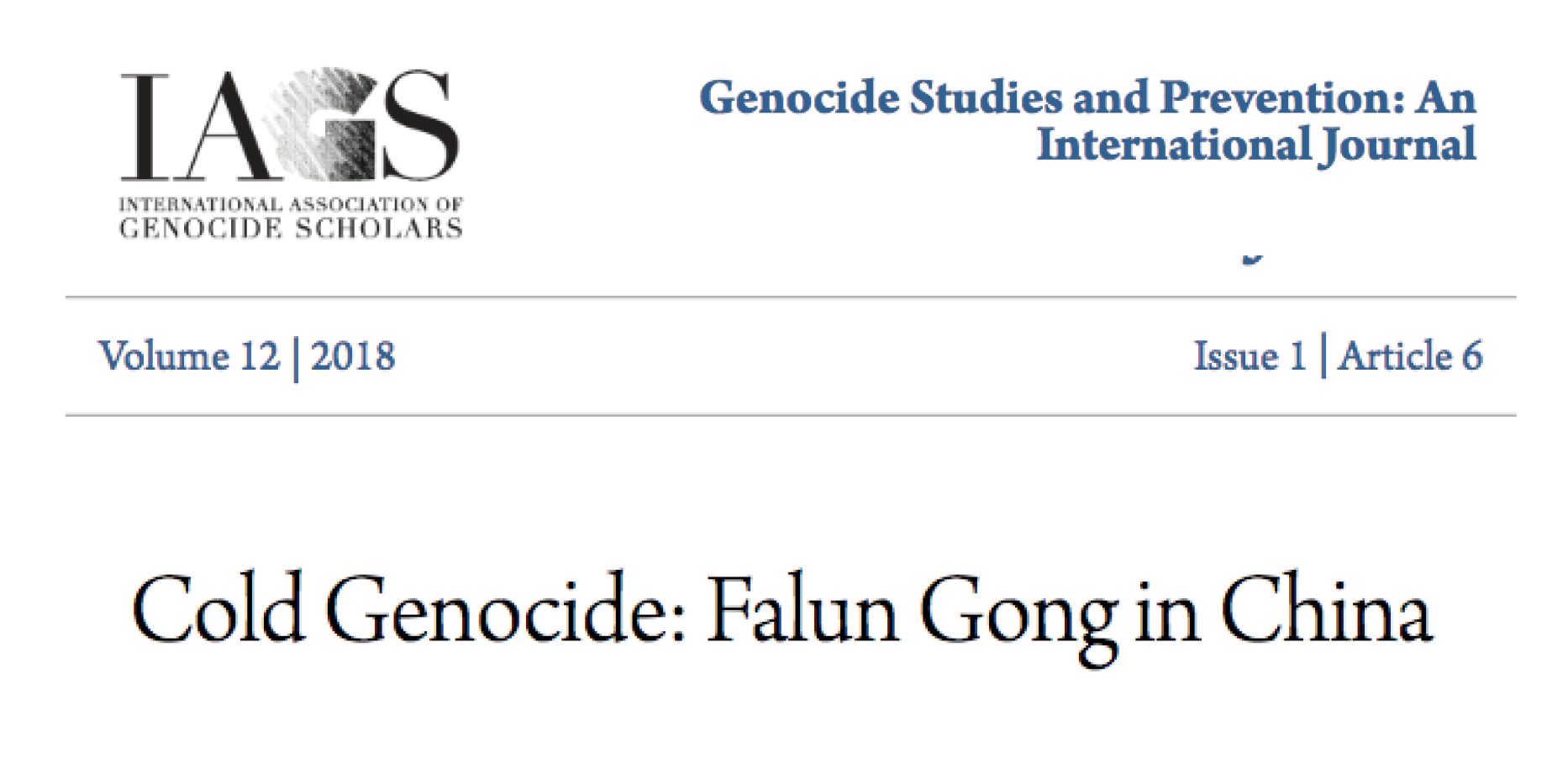 Recently published in Genocide Studies and Provention: An International Journal (GSP). GSP is the official journal of The International Association of Genocide Scholars (IAGS)

Abstract.
The article explores patterns of a cold genocide in the eradication campaign against Falun Gong.
Falun Gong is a spiritual practice that has been targeted for eradication by the Chinese regime since 1999. In comparison to the documented cases of genocide, the genocide of Falun Gong stands out as
anomalous because it is virtually ignored. The article seeks to elucidate the multi-faceted nature of
this concealed genocide from an interdisciplinary perspective encompassing social work, medicine
and law, In particular, the article demonstrates that the eradication campaign against Falun Gong is
distinguishable as a cold genocide as it is: (1) multi-dimensional – the destruction of Falun Gong practitioners is not only physical but psychological, social and spiritual; (2) subtle in terms ofvisibility; and it is (3) normalized in the society in which it takes place. The interplay of these invisible, non-physical elements of eradication renders the cold genocide of Falun Gong insidious,potent and deadly. It is also the interplay of these factors that led this genocide to be underrepresented in genocide studies today.