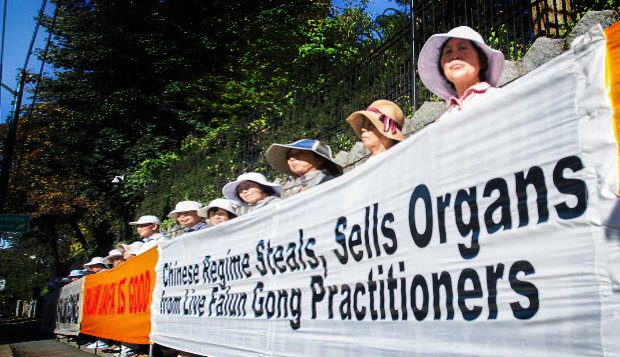 VANCOUVER, BC: SEPTEMBER 10, 2014 – The Falun Gong stage a peaceful protest outside the Chinese consulate on Granville Street in Vancouver, B.C. Wednesday September 10, 2014. The group is going back to court against the City of Vancouver, arguing that the city’s updated bylaw which limits how the Falun Gong can protest in front of the consulate, is unconstitutional. (Ric Ernst / PNG) (Story by Sam Cooper) TRAX #: 00031673A