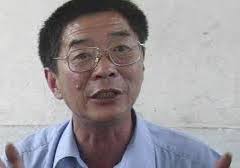 BEIJING— A Beijing man who supplied information to a dissident-run U.S.-based news website has been detained on charges he made up stories that disparaged the Chinese government, police said Tuesday.

Xiang Nanfu was accused of providing false stories to Boxun.com that authorities harvested organs and buried people alive, according to a police statement. It said Xiang worked with Boxun.com to incite public dissatisfaction against the government.

Last week, China announced the detention of a prominent journalist, Gao Yu. She was accused of leaking a document from the ruling Communist Party to a publication abroad.

Lam said publications abroad are a battleground for Chinese political factions, which use them to attack each other by leaking information such as about the wealth of leaders’ families.

Boxun.com, founded in 2000 and based in New York City, is known for publicizing allegations of corruption and human rights abuses. Access to the site is blocked in China.

Boxun gained prominence in 2012 when it publicized information it said came from insiders about the downfall of Bo Xilai, a leading ruling party figure.

Xiang, 62, was detained under a law against troublemaking, according to the police statement. Violators usually are punished with fines, but the law also allows a prison sentence of up to five years.

“I have made up things that are not facts,” said Xiang, who was shown wearing the green vest of a jail inmate. “My behavior has had a very bad impact. I realize that I have smeared the ruling party and the government.”

The founder of Boxun.com, Watson Meng, denied it had reported that organ harvesting or burying people alive had occurred. But he said an April report described petitioners who made such allegations in front of the Beijing office of the United Nations.

“The authorities could have used some means to extort the public confession, although we do not know what means they have used,” Meng said by phone from New York.

Meng called Xiang trustworthy and said he backed up his reports with photos and video footage. Meng said most were about people who petitioned the government seeking redress to what they perceive as injustice done by local authorities.

Another veteran activist, Huang Qi, said authorities regularly investigate his website, which documents efforts of petitioners and the government’s response. The site, 64Tianwang.com, also is blocked in China.

“We condemn all forms of illegal suppression of freedom of the press and citizen journalists,” Huang said.