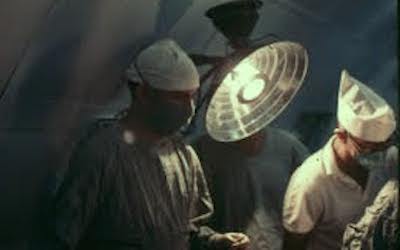 An organ trafficking ring operating out of a Cambodian military hospital was broken up in August, as Cambodian police made nine arrests, including at least one Chinese doctor and professor who acted as a consultant and trainer for the group.

State-led organ harvesting is common in the People’s Republic of China, especially involving military hospitals, but until now has remained confined to the PRC.

“This isn’t the exact China model of organ harvesting spreading to other countries—it’s not going that far,” said Dr. Torsten Trey, the executive director of Doctors Against Forced Organ Harvesting, a medical advocacy group based in Washington, D.C. “However, it seems that there is a systematic approach to foster organ trafficking in areas where there was no organ trafficking before.”

The Chinese doctor who was scooped up in the raid was there training local doctors in organ transplants—a practice that in China primarily targets death row prisoners and prisoners of conscience, researchers said.

Most of the patients at the facility were reportedly Chinese and Vietnamese, while the donors were local Cambodians.

The Cambodian newspaper Deum Ampil reported that last year between three and five Cambodians underwent kidney extractions at the Preah Ket Mealea Military Hospital—in a building that was donated by China. The report quoted an identified doctor saying that kidneys were sold to Chinese recipients for between $35,000 and $40,000, while the Cambodian donors received only $5,000.

Those arrested included the hospital director and deputy director, both officials in the Cambodian military, as well as three “Chinese-Vietnamese nationals,” as the police statement described them, according to The Phnom Penh Post.

“The Chinese person is a doctor and he is a professor, and he was invited to the hospital. He is not here forever, he is here when needed,” said Lt. Col. Keo Theo, chief of Phnom Penh’s anti-trafficking police force, according to The Cambodia Daily.

“The fact that there’s a Chinese professor, obviously someone with knowledge and experience, in a Cambodian military hospital is interesting. For one, since it’s a military hospital, not a private medical setting, it must be happening with the approval of the government or certain officials,” said Dr. Trey. “In this regard the system is similar to China’s organ supply chain, which is also focused around military hospitals.”

In China, death row criminal prisoners or prisoners of conscience are killed for their organs, allowing the use of vital organs such as hearts and livers. In Cambodia, the system appears to be limited to kidneys, donated by locals in exchange for cash payments.

“What’s at stake is that China is undermining ethical standards in other countries,” Trey said. This could serve the effect of “diverting attention” from China’s own record, which includes the mass harvesting of prisoners of conscience, most prominently practitioners of the Falun Gong spiritual discipline.

A recent book “The Slaughter” gives a detailed account of the evidence related to this, concluding with an estimate of over 60,000 Falun Gong practitioners killed for their organs from 2000 to 2008.

There are few details about the internal operations of the traffickers in Cambodia. Soon after the police raid, which was based on several months of investigation, the Cambodian military stepped in and shut down further enquiries, claiming that the donations were voluntary.

“The story reported that it is kidney trafficking, but the operation was voluntary, [there was] no trafficking,” Banh said to Cambodian media.

Other actors in Cambodia remain unconvinced by that claim, which would surely be a rarity in the world of international transplant tourism.

“Any time a senior military officer is involved in crime in Cambodia, it’s an open question on whether they will be held accountable,” said Phil Robertson, deputy director of Human Rights Watch’s Asia Division, to The Phnom Penh Post.

Cambodia is a constitutional monarchy where the political system is dominated by the Cambodian People’s Party, which came to power through a violent coup. Transparency International rates it as one of the most corrupt countries in Southeast Asia.

The Cambodia National Rescue Party, an opposition political force in the country, said it was suspicious of the military’s claims that the organ trafficking activity was voluntary.

Mu Sochua, a legislator with the National Rescue Party, and the head of the health commission, told The Phnom Penh Post, “If there is enough evidence, we will hold an independent investigation.”

Sam Rainsy, the leader of the Rescue Party, alleged that the allegations are “just the tip of the iceberg,” according to the Post.

“The denials were not convincing at all,” he said to the Post, adding that the case “must be entrenched in interests.”