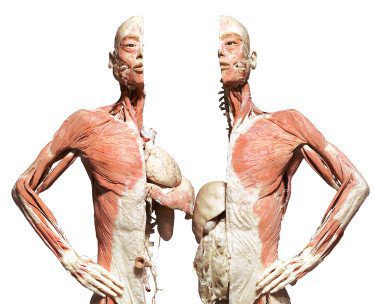 Enver Tohti was a surgeon in a hospital in Xinjiang, in the northwestern part of China, when, in June 1995, he was instructed by his superior to prepare for an adventure — surgery in the field.

In the morning, when the doctor and his team arrived at their destination, he realized they were at “the Western Mountain Execution Grounds, which specialized in killing political dissidents.”

“When you hear a gunshot, drive around the hill,” he was told.

He asked why they were there.

After the shot rang out, he drove where he was told, and saw “10, maybe 20, bodies lying at the base of the hill.” The police led him to one in particular, a man of “about 30 dressed in navy blue overalls,” and told him that this is the man Tohti would be operating on.

But Tohti felt a faint pulse, stiffened and corrected himself. “No. He’s not dead.”

“Operate, then. Remove the liver and kidneys. Now! Quick! Be quick!’ ”

The anesthesiologist was wrong.

“As Enver’s scalpel went in, the man’s chest heaved spasmodically and then curled back again.” After Tohti removed the organs and stitched him up — “not internally,” as there was “no point to that anymore” — he noticed that blood was still pulsing. He was sure the man was still alive.” 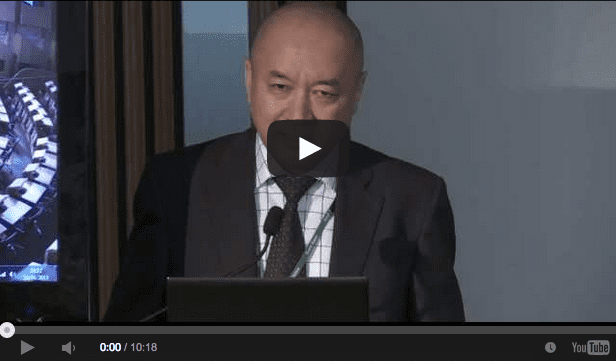 Enemies of the state

Reports of organ harvesting in China are nothing new, as the government has admitted that the organs of death-row prisoners have been used for transplants, and BBC investigations have found that “British women apply the collagen of executed prisoners to their faces every night.”

But according to longtime China analyst and human-rights investigator Ethan Gutmann in his disturbing new book, “The Slaughter: Mass Killings, Organ Harvesting, and China’s Secret Solution to its Dissident Problem” (Prometheus Books), the realities of the practice are far more awful.

Organs coming out of China — which sometimes wind up in American bodies — are taken not just from the worst Chinese criminals, as China claims, but also from prisoners of conscience, especially practitioners of the banned and derided practice Falun Gong, who never committed, or were even accused of, capital crimes.

Making this far worse, though, are the revelations that authorities aren’t waiting for death to claim their bounty. In an effort to increase the chances of successful transplant, Gutmann writes, the organs are often taken from prisoners while they are still alive.

Gutmann estimates that to date, more than 64,000 Falun Gong practitioners have suffered this fate, with more being added to the count every day.

Given the way it’s demonized by the Chinese government, Falun Gong’s origins were shockingly simple. A man named Li Hongzhi sat outside on the corner of a “rundown apartment block” in 1992 to teach “very slow, meditative exercises to anyone who was interested.”

This would seem innocuous, but there was another element, “a hardcore Buddhist morality system of compassion, truthfulness and forbearance,” that accounts for the movement’s rapid growth and stunning popularity and helps explain why the Communist Party came to perceive the movement as a threat.

Falun Gong quickly attracted millions of followers and by 1995 rivaled the Communist Party in size. This, combined with a desire by the party to turn China into a global economic power — something that could be difficult to achieve if your entire population is meditating — turned Falun Gong into public enemy No. 1.

By 1999, Falun Gong had 70 million practitioners — one out of every 20 people in China — and they began being arrested for the practice. During one massive, peaceful demonstration, Chinese police steered thousands of protesters into a position that made it look like they had surrounded a government building, thereby justifying an intense crackdown. The police that day, Gutmann writes, “acted with unusual brutality, spilling blood for the first time in Falun Gong history.”

Chinese officials were so concerned about the movement’s potential power that Jiang Zemin, the Communist Party chairman, was seen in a limo, circling the protesters several times so he could observe the enemy firsthand.

Thus began what practitioners would come to call “The Persecution.” On June 7, 1999, Jiang “gave an internal speech calling for the urgent disintegration of Falun Gong.”

Three days later, the Chinese government unofficially created The 6-10 Office, their version of “a special intelligence unit created under wartime powers.” Its sole function was the organization’s eradication.

The following month, on July 20, every identifiable Falun Gong coordinator in China was placed under arrest. The government claimed to have arrested just 150 people. From interviews, Gutmann determined that 10,000 practitioners were detained in the city of Harbin alone.

Practitioners were given two choices: Sign a document renouncing Falun Gong, or be left at the mercy of the authorities. Those who signed were allowed to return home. Those who didn’t were sent to prison.

Once incarcerated, practitioners found themselves at the bottom of a frightening pecking order, as the actual hardened criminals had been given the go-ahead to keep them in line with beatings, torture, rape and even murder.

“Criminal prisoners would taunt the practitioners: ‘If you don’t do what we say we’ll torture you to death and sell your organs.’ ”

As the PR war against Falun Gong intensified — 81 anti-Falun Gong books were published, leaders of the official state religions denounced it and even children were being inoculated against it, painting banners in school denouncing the group — millions of the peaceful practitioners faced horrors including torture via electric baton and a version of the medieval rack.

“A middle-aged peasant woman named Zhao Jinhua had been arrested while working a field,” Gutmann writes. “After nine days of beatings, electric shocks and sleep deprivation, she was pronounced dead on Oct. 7, the first confirmed case of death by torture.”

By mid-2000, Gutmann estimates that at least 1 million Falun Gong were imprisoned in China, many of whom would never see daylight again. By 2005, Falun Gong investigators reported that 3,000 practitioners had died from their torture. Gutmann says that, knowing that the group was designing figures that would stand up to outside scrutiny, “the real figure is undoubtedly higher.”

As horrible as these tales are, they would seemingly be matched, if not surpassed, by tales from victims of live organ harvesting. Unfortunately, those victims don’t live to tell their tales.

But others have tried speaking for them, only to have the world respond with a collective yawn.

In 2006, “two prominent Canadian human-rights attorneys, David Kilgour and David Matas, [released] ‘Report Into Allegations of Organ Harvesting of Falun Gong Practitioners in China.’ ” The report — which reached conclusions similar to Gutmann’s regarding how many Falun Gong have had their organs harvested — was ignored by Western media, governments and human-rights groups alike. Even the Dalai Lama, after meeting with an investigator about the allegations, initially pledged support but then withdrew it due to pressure from his staff.

“It was alleged that in 2001, [at a hospital in the city of Sujiatun],” writes Gutmann, “accounting-department employees noticed that requests for food, toilet paper and specialized hospital equipment rose dramatically without a corresponding increase in patients.” By the following year, this “represented a discrepancy of perhaps a thousand people or more.”

The husband of one of these employees was a surgeon there who reported “extra ‘patients’ in the subterranean depths of the hospital and some makeshift operating rooms down there, too.

“Whenever he received a certain phone call, he would descend the depths prepared to operate. The patient would have been given ‘a small amount of anesthesia’ (as ‘the hospital had a limited supply’), then he and several other doctors would ‘remove the patient’s kidneys, skin tissue, corneas and other organs to order.’ The remains of the ‘patient’ would then be carried down to the old boiler, which doubled as an incinerator. The staff helped themselves to the occasional watch or ring as a tip.”

Gutmann, who presents numerous other firsthand witnesses in the book and also quotes one Falun Gong investigator as saying that 600 hospitals in China were involved in organ harvesting, makes clear that his purpose for this book is to present evidence — to make the Falun Gong claims seem too indisputable to ignore.

In addition to reviving earlier claims, Gutmann spoke with people on four continents including more than 50 surviving Falun Gong practitioners who had been incarcerated, many of whom had tales of being brought for medical exams that, as they ignored any real ailments or health signifiers, were clearly intended to determine the health of one’s organs.

But if looking for evidence, it turns out that many of us may have been closer to all this than we realized. Some of us may have actually been in the same room as the corpse of a Falun Gong victim of organ harvesting and may have looked upon that corpse with wonder or even bemusement. You may, in fact, have even paid for the privilege.

The “Body Worlds” exhibit at Discovery Times Square, which puts manipulated corpses on display, advertises “the science and splendor of the human body through Plastination, a breakthrough in anatomy invented by trailblazing scientist Gunther von Hagens.” The bodies are the remains of people who, we are told, donated their use to science. (Plastination is a process by which the liquid and fat in a corpse’s soft tissue is replaced with hard plastic.)

Gutmann notes that there are actually two of these exhibits — “Body Worlds,” created by von Hagens, and “Bodies: The Exhibition.” The latter show, he writes, is “managed by Premier Exhibitions, a US entertainment company,” but the bodies are provided by Professor Sui Hongjin.

According to Gutmann, the inventor, von Hagens, opened a plastination factory in China in 1999 and hired Sui as his general manager. Later, Sui secretly set up his own factory, and the men became rivals, leading Sui to set up the “Bodies” exhibition. After a man went on ABC’s “20/20” in 2008 to accuse Sui of using executed Chinese prisoners, Premier placed a sign at the entrance to their exhibitions admitting that bodies they used were “received by the Chinese Bureau of Prisons,” and that Premier “cannot independently verify that [the bodies] are not . . . persons who were incarcerated in Chinese prisons.”

As for von Hagens’ exhibit, he had closed his Chinese factory in 2007, and “tearfully [told ‘20/20’] he had unilaterally cremated all his Chinese specimens and replaced them with Caucasians who had legally donated their bodies to science.”

But Gutmann remains skeptical, and notes that, in addition to creating these exhibits, plastination is used to preserve bodies for use by medical schools. The retail price for a plastinated body from one Chinese retailer? Twenty-one thousand dollars.

So where does all this stand today? Pretty much where it’s been all along.

“As I write this, in January 2014,” notes Gutmann, “Omar Healthcare Service, a Chinese organ broker ‘authorized by the Government of People’s Republic of China,’ advertises freely to Western organ tourists on the Web.”