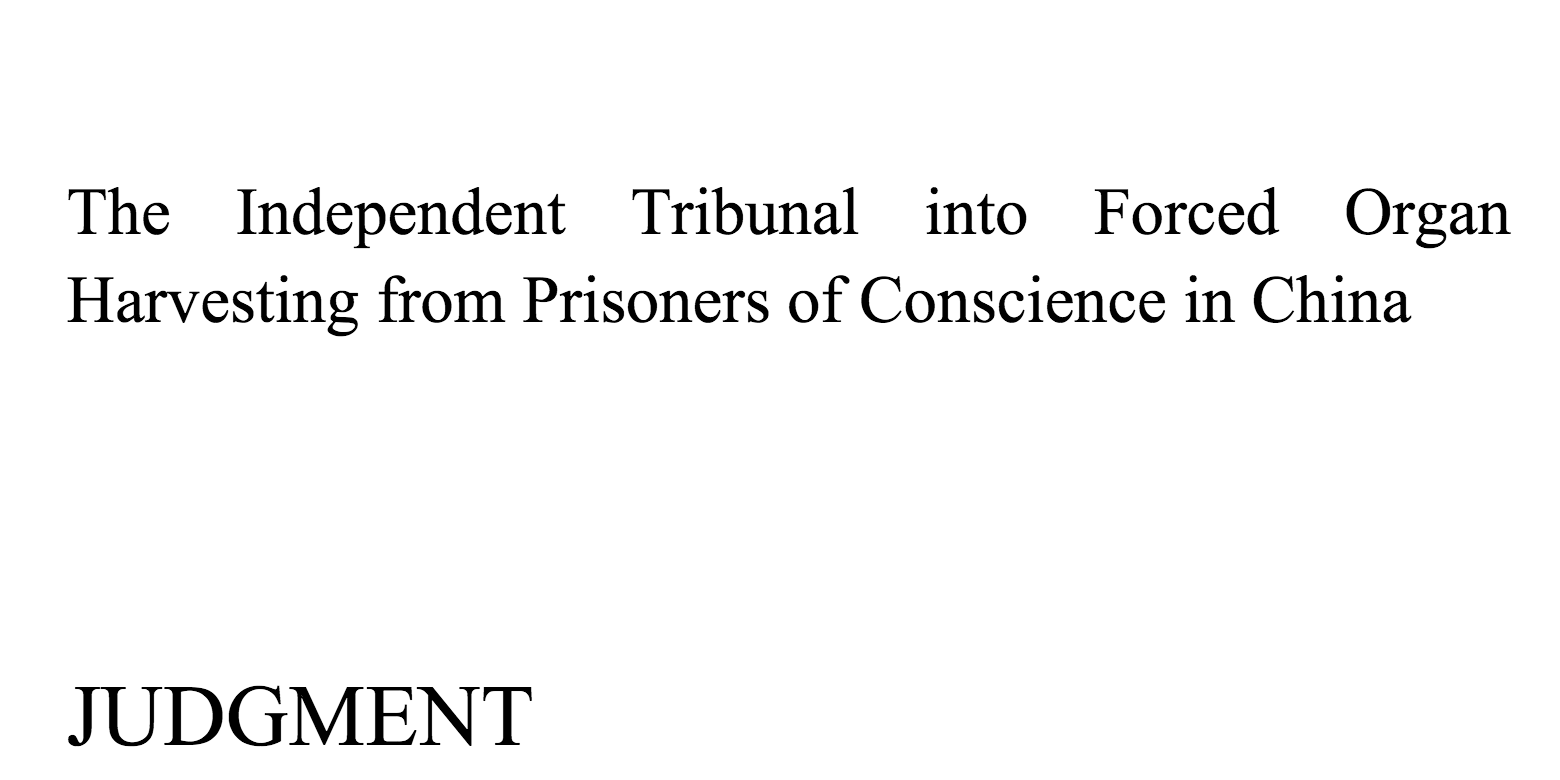 The China Tribunal has today released its Judgment, declaring that China’s campaign of forced organ harvesting against innocent victims is a “crime against humanity” constituting one of the world’s “worst atrocities committed” of the century in modern times.

The China Tribunal’s Judgment discloses the details leading to its conclusion that China is guilty of a continuing state-run programme of forced organ harvesting from innocent prisoners of conscience. The extensive document provides evidence of China’s horrific campaign of forced organ harvesting, described by the China Tribunal Chairman, Sir Geoffrey Nice QC, as the “greatest possible breach of a person’s human rights.”

The Judgment itself is 160 pages, with extensive appendices that include details of all documents, reports, witness testimonies, and submissions reviewed by the Tribunal over 12 months.

The Judgment incorporates all available evidence up to June last year and outlines the reasoning behind China Tribunal’s findings. The Tribunal considered historic and recent evidence, including evidence from 2018 of phone call admissions, witness testimony of forced organ scanning/blood test and a published analysis showing falsification of China’s organ donation figures.

The China Tribunal is an independent, international people’s tribunal with members from the US, UK, Malaysia and Iran who have expertise in international human rights law, transplant surgery, international relations, Chinese history and business. The historic release of its Judgment today will be the last official action taken by the China Tribunal, which now calls for “individuals, bodies, and governments” to act “given the conclusion that the tribunal has reached.”

Independent Tribunal into Forced Organ Harvesting from Prisoners of Conscience in China www.chinatribunal.com