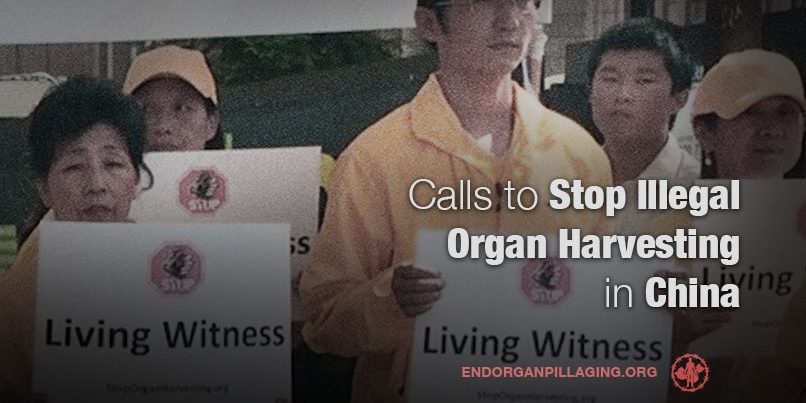 SYDNEY—Australian politicians should be more outspoken about China’s abusive organ-harvesting trade otherwise they risk being complicit in one of the worst crimes against humanity, say rights activists.

Sydney radio presenter Stephen Sim has long been calling for action to stop the practice of organ harvesting from live prisoners in China and says there is not a politician in Australian that is unaware of the horrendous human rights abuse.

“I say to know something is happening and not do anything about it makes you equally as guilty,” he said in a phone interview.

The harrowing documentary follows the investigations of a team comprised of human rights lawyers, doctors and researchers as they unearth a vast illegal organ transplant industry in China involving military and state-run hospitals and tens of thousands of political prisoners whose body parts are removed while they are still alive.

Australia has long been criticised for downplaying human rights concerns in China for fear of jeopardising its highly lucrative trade relationship.

‘Greed’ derives from the amount of trade Australia conducts with China, while fear is likely based on the communist state’s growing power, not only economically, but also as a security threat in the region.

A former chairman of Sydney’s FM 99.3 where he remains as presenter, Mr Sim said he has watched other countries develop weapons to wield power, whether it be guns, missiles or atomic bombs, but believes China wields an even more powerful weapon.

The Chinese government has devised a weapon that’s more sinister than all [weapons] put together—that is the weapon of trade.

“The Chinese government has devised a weapon that’s more sinister than all of these put together—that is the weapon of trade,” he said.

Mr Sim says he shudders every time a trade agreement or a big mining deal is announced with China.

“Its a veiled sort of threat. Just to do things on their terms and that includes human rights violations. It keeps scrutiny off their backs,” he said.

Bob Vinniecombe, a former One Nation candidate, believes Australia’s politicians have a lot to answer for in not taking a stand against “organ pillaging in China”.

He lists a handful of politicians that continue to speak out against human rights abuses in China, including state MLC David Shoebridge and MP Jamie Parker; and in Canberra, Senators Nick Xenophon and John Madigan, and MP’s Michael Danby and Andrew Wilkie.

“I charge all other NSW State and Federal Members of Parliament, and most of the Australian media with the exception of SBS, for being holocaust deniers of the Chinese holocaust—for being silent about the organ pillaging by the Chinese Communist Party,” he said at a Sydney rally held April 16 in response to the Dateline documentary.

While prisoners on death row have long been used for organ transplants in China, a sudden glut of organs, which has elevated China to be the second largest transplant country in the world at around 11,000 transplants a year, could not be explained.

The documentary parallels that rise with the purge against Falun Gong practitioners, who have been arrested and detained without charge in their thousands since 1999. Recognised for their Qi Gong exercises and healthy lifestyle, they became desirable for organ transplants.

A number of Sydney Falun Gong practitioners, who had been detained and tortured in labour camps in China, have become “Live Witnesses” to the organ harvesting program. They describe being given lengthy medical examinations and blood tests while in detention, with little or no explanation. Speaking at the Sydney rally they say, it was only later, out of China, that they realised the tests paralleled those required for organ harvesting.

One young man, Jintao Liu, a former Masters student at the University of Petroleum in Beijing, was held in detention for two years after being arrested in 2006 for practising Falun Gong. He said he was brutally tortured and beaten, but can still clearly remember a police officer yelling to the prison thugs beating him not to damage his organs.

“He didn’t say ‘don’t hurt this guy’ he said, ‘don’t hurt his organs,’” Mr Liu told the Epoch Times at the rally.

More to be Done

The Epoch Times was the first media to break the story on illegal organ harvesting in China when a woman contacted the paper about her husband’s job, which was to remove the corneas from live Falun Gong practitioners.

The woman named Annie (not her real name) is recorded in the Dateline documentary telling Canadian film-maker Leon Lee that her husband removed the corneas of 2000 prisoners while they were still alive.

“Some of them were still alive when they were secretly burnt in the incinerator that was in the boiler room,” she says.

“We are trying to get Julie Bishop [Foreign Minister] to make representation to Beijing to try to get this stopped,” he told NTD Television.

Mr Perrett noted that it was a crime for Australians to procure organs illegally, whether in Australia or abroad, but believes more work can be done with NGO’s like Amnesty International, Human Rights Watch and the United Nations, and also Chinese authorities to stop the horrific organ trade in China.

There should be a proper investigation.

“A good government always listens to the people. There should be a proper investigation on it,” he said.