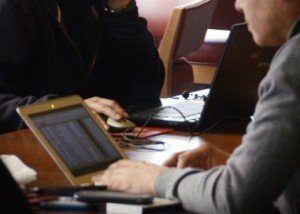 A blogger from Shanxi Province in north-central China was recently arrested for warning on Weibo (a twitter-like platform popular in China) that forced organ harvesting has been occurring in the area in which he lives.

Mr. Han, 41 years old, is from Wenshui County. He used his cellphone to blog the information of several cases of people being killed for their organs recently in Wenshui and Qingxu counties.

The information had been posted 253 times when he was apprehended. When police arrested Mr. Han, they claimed the blog could cause people to panic.

In September China’s top judicial authorities issued new regulations according to which someone may be jailed if a blog post is forwarded more than 500 times. The broadly worded regulations criminalize “rumor mongering” in the name of preventing harm “to the social order or the national interests.”

In 2006, independent investigators outside of China reported that prisoners of conscience detained in China, particularly adherents of the spiritual practice of Falun Gong, were in effect being used as a live organ bank. When someone needing an organ presented him or herself, the needed organs would be harvested from a detainee, killing him or her.

Discussion of forced organ harvesting has been censored in China, but in recent years on scattered occasions China’s state-run media have reported instances of gangs engaging in a black market organ trade independent of the detention system.

Chinese netizens have been discussing the arrest of Mr. Han at great length, pointing out that according to the new regulations a blog post needed to be forwarded more than 500 times before an arrest could be made.

“Sadly, I could post something insignificant in the morning, and be arrested in the afternoon. The content was about highlighting corruption,” a netizen said.

“Was it [Han’s post about organ harvesting] really spreading rumors?” another netizen said. “Did it really result in disrupting public order, such as suspension of classes or production? Did it cause chaos or an event involving large group of people? How could you tell that locals were unsettled by the panic? Were there really 200 people who said they got frightened by the news?”

And another netizen said: “Because of “spreading rumors,” regardless of how many times a blog is forwarded, maintaining social stability is considered of the utmost importance. How much fear would this arrest instill in the hearts of the netizens?”

Recently efforts to stop illegal organ harvesting have increased around the world. On Dec. 9 Doctors Against Forced Organ Harvesting presented a petition calling for an end to forced organ harvesting in China to the office of the United Nations High Commissioner for Human Rights that was signed by nearly 1.5 million people in 53 countries.

On Dec. 12, the European Union passed a resolution condemning forced organ harvesting in China, and legislation to curb the practice has recently been introduced in Canada and Australia.

Translated by Frank Fang. Written in English by Christine Ford.