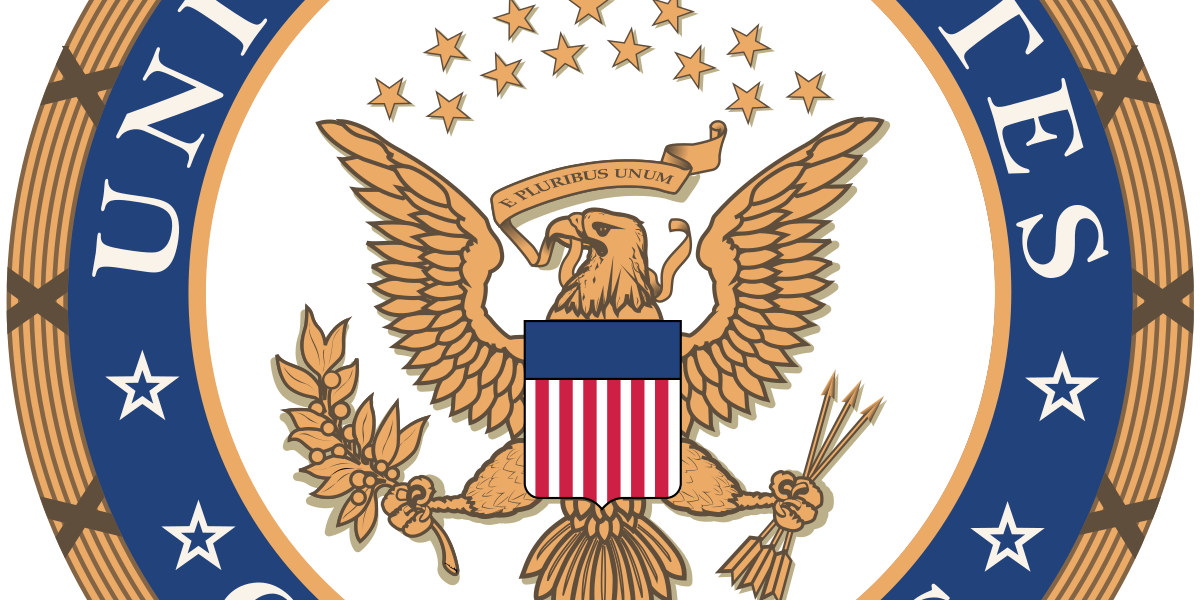 [10 March 2021]: The Victims of Communism Memorial Foundation (VOC) and the International Coalition to End Transplant Abuse in China (ETAC) have today welcomed the introduction of a Bill entitled the ‘Stop Forced Organ Harvesting Act of 2021′ to the US legislature.

Susie Hughes, Executive Director of ETAC, the human rights NGO that initiated the China Tribunal whose Judgment was released in 2020, stated:

“This Bill is one of the most comprehensive ever introduced on the issue of trafficking in organs and trafficking in humans for the purpose of organ removal. It not only addresses global organ trafficking more broadly, it contributes to stopping the forced organ harvesting trade in China that claims the lives of innocent people every day.

“The Stop Forced Organ Harvesting Act of is one of the most significant international responses to the China Tribunal’s Judgment to date. We hope that more governments will be inspired to follow in the footsteps of the United States, to ensure their own citizens are not caught up in the mass murder of innocents for their organs in China.”

The introduction of the ‘Stop Forced Organ Harvesting Act of 2021’ is an important and necessary response to the damning judgment of the China Tribunal, which unanimously concluded that, “in China forced organ harvesting from prisoners of conscience has been practiced for a substantial period of time involving a very substantial number of victims.”

In 2019 the China Tribunal, an independent international people’s tribunal chaired by Sir Geoffrey Nice QC, lead prosecutor of Slobodan Milošević at the International Criminal Tribunal for the Former Yugoslavia (ICTY), assessed all available evidence regarding forced organ harvesting from prisoners of conscience in China. The Tribunal held public hearings where over 50 witnesses testified. Huge volumes of written evidence were analysed, including research showing the deliberate falsification of China’s public organ donation data that helped the CCP to cover-up the killing of innocent people, primarily peaceful Falun Gong practitioners, to support a lucrative trade in human organs.

The China Tribunal’s judgment presents the first-ever independent legal analysis of all available evidence regarding forced organ harvesting from prisoners of conscience in China.

“The introduction of the Stop Forced Organ Harvesting Act is an important step forward to hold perpetrators of the horrific crime of forced organ harvesting accountable. We call on the U.S. Congress to support swift passage of this legislation to combat organ trafficking and trafficking in persons for organs around the world. Our organization’s research has shown the shocking depravity of the Chinese Communist Party’s system of organ harvesting and the unprecedented scale of China’s organ transplant system—the United States must take action to examine, condemn, and help stop these blatant human rights violations.”

“ETAC welcomes the Bill both as a matter of substance and as a matter of strategy. What is so glaringly wrong in China, when it comes to organ transplant surgery, will become even more obvious when it is held up to comparison to every other country in the world.

“How do we get the Chinese Communist Party and the state it runs to stop the killing of innocents for their organs? One way is surely to shine a light on what they are doing. This Bill is important for proposing exactly that, not just on China alone, but on every other country in the world, as points of contrast with China.”

The text of the bill can be found here:

For comments from the co-sponsors please see the Bill press release here:

“There is growing evidence that the Chinese Communist Party has and continues to harvest organs from persecuted religious groups, prisoners of conscience, and inmates,” said Senator Cotton, the bill’s lead Republican in the Senate. “This bill will identify and punish CCP members involved in forced organ harvesting. It’s past time to hold Beijing accountable for these heinous acts.”

“Forced organ harvesting is inhumane, immoral, and cruel, and the United States must do everything we can to fight this despicable practice,” said Senator Coons, lead Democrat for the Senate bill. “As co-chair of the Senate Human Rights Caucus, I’m proud to support this bipartisan, bicameral bill to hold those involved in harvesting and the international trafficking of organs to account.”

“Organ harvesting is an egregiously barbaric and inhumane act that has no place in our world. We must do more to put an end to the horrific abuse by international human trafficking gangs, terrorist organizations, and even some governments—China’s Communist regime in particular—who kill innocent people and sell their organs for profit,” said Representative Smith, sponsor and lead Republican for the House bill who has fought organ harvesting for more than 20 years, including chairing a June 2016 hearing on the gruesome practice in China. “A global response to stop this gross human rights abuse is desperately needed. Our legislation would empower the U.S. State Department to identify and expose organ harvesters and traffickers across the world with the goal of punishing perpetrators through effective sanctions and travel restrictions. Shedding light on these hideous activities and enabling the naming of names of these perpetrators—who often prey on political prisoners, minorities, and other vulnerable populations—will help put an end to this egregious violation of human rights.”

“Members of the Chinese Community Party must be held accountable for the unspeakable practice of organ harvesting. They have taken advantage of and abused political prisoners, minority groups, and religious groups for too long,” said Rep. Suozzi, lead Democrat for the House bill. “To not speak out on this egregious practice is to be complicit. Forced organ harvesting has no place in our world.”

Sir Geoffrey Nice QC is a world-renowned expert in crimes of mass atrocity. He worked at the UN International Criminal Tribunal for the Former Yugoslavia – the ICTY – where he prosecuted a number of cases relating to genocide, and in November 2001 undertook the prosecution of Slobodan Milošević until the end of that trial in 2006. Sir Geoffrey Nice was knighted for his services to international criminal justice.

China’s organ trade is estimated to have a market value of $1 billion per annum. China’s organ transplant industry has been developed on a very large scale with significant investment into hospitals , medical personnel and other infrastructure. In 2000, coinciding with the beginning of the persecution of the Buddhist meditation practice Falun Gong, China’s organ transplantation industry exploded in activity. Vital organs became readily available within a matter of days, while reports of ‘emergency’ livers being sourced within 4 hours began to emerge. State-run hospitals and hundreds of independent websites began advertising incredibly short wait times for transplant operations involving hearts, livers, kidneys and corneas. The waiting time for transplants ranged from a matter of hours to a number of days – a timeframe which no other national transplantation system in the world has ever been able to achieve. From this time, global accusations began to emerge alleging that China’s organ supply for transplant operations could not possibly have been sourced purely from a legal, voluntary donation process.

An established state of persecution is in place in China with an estimated 1.5 million ‘prisoners of conscience’ in detention at any one time. Whilst detainees include House Church Christians and Tibetans, it is primarily Falun Gong practitioners and Uyghur Muslims who have been the most affected to date. Falun Gong is a traditional Chinese spiritual discipline of the peaceful ‘Buddha School’. By 1999, officials estimated that the Falun Gong population in China numbered approximately 70 million. Falun Gong’s growing popularity alarmed Chinese state officials, generating a 1999 nationwide crackdown to eradicate the practice. This saw the creation of the 610 Office, an extrajudicial security agency established by the Chinese state to completely eradicate Falun Gong practitioners. Find further information about the 610 Office here:

Scholars estimate that perhaps over a million Falun Gong practitioners have been in custody at any given time in the country’s vast network of detention camps. In 2006, systematic reports of forced organ extraction from prisoners of conscience came to light, providing a grisly explanation for the source of organs underpinning the dramatic nationwide expansion of China’s organ transplantation sector.

More recently the current mass incarceration of Uyghurs in Xinjiang appears to be providing a new pool of victims for forced organ harvesting. Witnesses to the Tribunal reported brutal detention conditions in Xinjiang detention camps, along with the familiar pattern of blood tests, organ scans and disappearance of prisoners who had been tested.

The China Tribunal was initiated by the International Coalition to End Transplant Abuse in China (ETAC), a human rights charity dedicated to bringing an end to forced organ harvesting in China.

ETAC is an independent, non-partisan organisation who are not aligned with any political party, religious or spiritual group, government or any other national or international institution. Members are from a range of backgrounds, belief systems, religions and ethnicities and have expertise in law, academia, ethics, medicine, human rights and advocacy. The principal object for which ETAC has been established is to educate on human rights and values with the aim of ending forced organ harvesting in China and seeking justice for the victims.

The Victims of Communism Memorial Foundation

The Victims of Communism Memorial Foundation (VOC) is an educational, research, and human rights non-profit organization devoted to commemorating the more than 100 million victims of communism around the world and to pursuing the freedom of those still living under totalitarian regimes.

The Foundation was authorized in 1993 by a unanimous Act of Congress signed as Public Law 103-199 by President William J. Clinton on December 17, 1993. On June 12, 2007, President George W. Bush dedicated the Victims of Communism Memorial statue in Washington, D.C.

International Response since the establishment of the China Tribunal