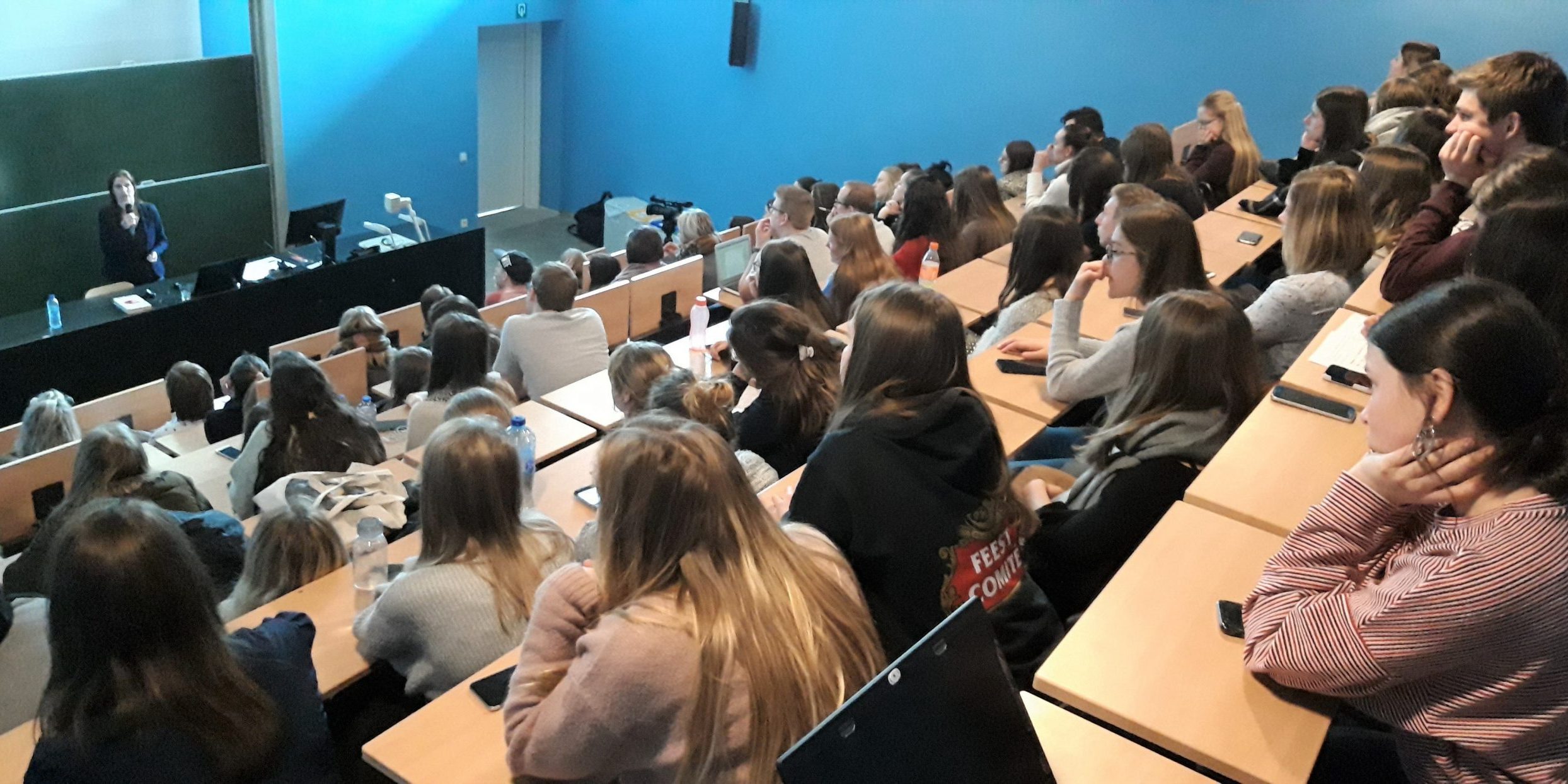 UC Leuven-Limburg in Leuven, Belgium, hosted a screening of the award-winning documentary, Hard To Believe. This event was part of their ‘International week 2019’. The audience consisted of PBA Nursing students, lecturers and their international colleagues.

Hard To Believe, produced by Swoop Films, is a documentary that examines the issue of forced live organ harvesting from Chinese prisoners of conscience, and the response—or lack of it—around the world.

Afterwards ETAC’s Benelux Manager, Elke Van den Brande, presented on further developments since the film. The China Tribunal was introduced and students were invited to spread the word and to join ETAC’s Student Movement.

One of the students, Anton Dolhain, gave his first reaction after watching the documentary.

“I can raise awareness, but the actual changes will be made by the politicians. They need to improve the law. They need to change it everywhere, otherwise it won’t stop.”

Due to its great success, the screening will be repeated two times during the upcoming 2020 edition of UC Leuven-Limburg’s international week.

Student feedback at the screening.