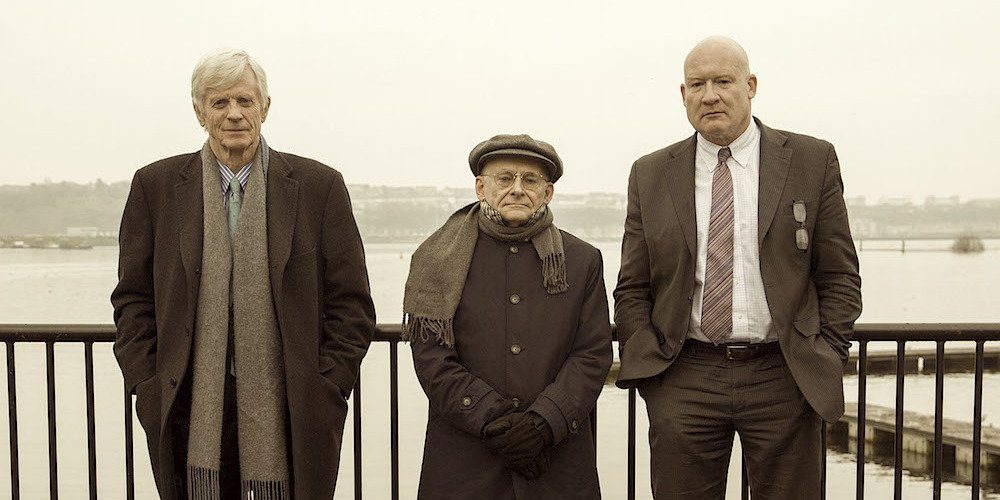 Author Ethan Gutmann worries that, in a period when 900 non-fiction words are allegedly the maximum busy people will read on topics beyond their own range of experience, his 355-page book will not obtain the wide readership the heroes, victims, and scoundrels presented throughout it deserve.

In reality, his work is as absorbing and moving as any novel; there are even 70 images for a visual age.

It is also a meticulously-researched record of repression, torture, and murder by the Chinese Communist Party (CCP) in more recent years, witnessed by persons directly involved, usually as survivors but also some defectors.

Gutmann deftly places the persecution of the Falun Gong, Tibetan, Uyghur, and House Christian communities in context. He focuses mainly on Falun Gong, as the group most viciously and continuously targeted since 1999, when the CCP itself estimated the number of practitioners to be 70-100 million, but each of the others receives close attention as well.

Ample space is given to speculation as to why the Party-state in Beijing risks so much, including international respect, to attack such vast groups of its own citizens. He also attempts valiantly to allow readers to reach their own conclusions, although it’s difficult for this reviewer to see how any reasonable person’s conclusions would differ markedly from those of Gutmann.

On the issue of organ pillaging/trafficking, we read about witnesses who received physical examinations in forced labour camps, prisons, and black jails, which were clearly aimed at assessing their organs for tissue matching. Gutmann adds importantly to the evidence David Matas and I—and many others—have compiled about the pillaging of organs from Falun Gong by documenting similar crimes done to Uyghurs, Tibetans, and House Christians.

In the appendix, he explains how he arrives at his “best estimate” that organs of 65,000 Falun Gong and “two to four thousand” Uyghurs, Tibetans or House Christians were “harvested” in the 2000-2008 period alone. Uniquely in China, no “donors” survive pillaging because all vital organs are removed to be trafficked for high prices to wealthy Chinese nationals and even higher ones to “organ tourists” from abroad.

From media reports, The Slaughter became an issue in the recent Taipei mayoral election. The winner, Dr. Ko Wen-je, formerly a senior surgeon at the National Taiwan University Hospital, is one of the book’s heroes. In a 2008 off-the-record interview with the author, Ko told him that surgeons in one city in China had informed him that the organs for transplantation there all came from Falun Gong practitioners. Later, Ko courageously allowed the use of this revelation in the book; its publication well before election day (Nov. 29) appears to have assisted Ko to win the election overwhelmingly even if he is now banned from China.

Three other surgeons are applauded for their “Do no harm” hippocratic principles in The Slaughter: Francis Navarro in France, Franz Immer in Switzerland, and Dr. Jacob Lavee in Israel. Like many of us, the author respects highly the ongoing and effective international campaign by the NGO Doctors Against Forced Organ Harvesting (DAFOH) to end organ pillaging/trafficking in China. He is unimpressed by the abolition efforts to date of many other world health organizations and medical associations. 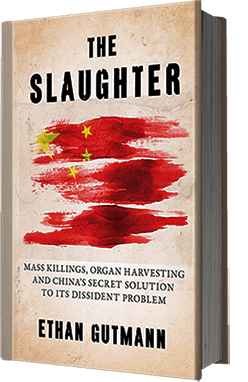 ‘The Slaughter: Mass Killings, Organ Harvesting, and China’s Secret Solution to Its Dissident Problem’ was published in August 2014.

Why is The Transplantation Society (TTS), the international body created to provide ethical leadership for transplant surgeons worldwide, singled out for particular criticism?

Briefly, Dr. Huang Jiefu, formerly China’s Vice-Minister of Health, has now admitted both that prisoners constitute virtually all of China’s sources of organs for transplantation and that he personally has performed over 500 liver transplants. Huang has never once, however, conceded the obvious: Falun Gong prisoners of conscience—who are mostly sent to inhuman forced labour camps for up to three years on police signatures only—are the principal, and in some of China’s many hospitals doing transplantations, likely the sole source.

Huang announced in March 2012 that the Beijing Party-state would end organ harvesting in three to five years. Later he claimed that by 2014 it would be finished and accordingly received support from the TTS for two years during which there were no doubt many new victims among prisoners of conscience. Some of the organ recipients were undoubtedly from countries, including most democracies, which have not yet banned the use of trafficked organs by their residents.

Gutmann notes that Francis Delmonico, the TTS’s American president, indicated to DAFOH members that he did not believe there was enough evidence to establish that Chinese hospitals were harvesting organs from prisoners of conscience. Today, it has become clear to the world that organ pillaging/trafficking will continue as “business as usual” in China.

The eloquent closing words of the book are addressed to all of us:

“No Western entity possesses the moral authority to allow the (P)arty to impede the excavation of a crime against humanity in exchange for promises of medical reform. As a survival mechanism of our species, we must contextualize, evaluate, and ultimately learn from every human descent into mass murder … The critical thing is that there is a history. And only the victims’ families can absolve the (P)arty from its weight.”

These words coming at the end of Gutmann’s clear and well-documented account of slaughter for the pillaging of transplant organs across China is the reason why the reading world should read in its entirety what comes before.

David Kilgour is a former Member of Parliament for both the Conservative and Liberal Parties in the south-east region of Edmonton, Canada, and has also served as Secretary of State for Latin America and Africa, Secretary of State for Asia-Pacific and Deputy Speaker of the House. David Kilgour is the co-author, with David Matas, of Bloody Harvest: The killing of Falun Gong for their organs. Both he and Matas were nominated for the 2010 Nobel Peace Prize. For further information, see www.david-kilgour.com