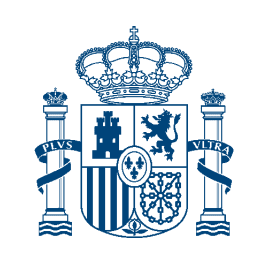 The new Criminal Code includes the illegal trafficking of human organs as a felony.

The new bill aimed at reforming the current Criminal Code, whose submission to Congress Deputies was agreed at the last Council of Ministers (13 of November, 2009), includes, after the initiative of the Ministry of Health and Social Policy, the criminalisation of illegal human organs trafficking.

In the new wording of the Criminal Code Article 156 is added with the following content:

2. If the organ receiver consents on the performing of the organ transplant being aware of its illicit origin shall be punished with the same penalties as in the previous section, which may be lowered by one or two degrees considering the circumstances of the crime and the offender.

3. When the criminal liability corresponds to a legal person, in accordance with the provisions of Article 31a, it will be imposed the temporary penalty of the closure of its properties and facilities for two to five years, as well as the confiscation of the goods, products and profits obtained from the felony.

Paragraph 1 of the Article seeks to punish human organs trafficking and its advertising, which is done today mainly through Internet, be it requesting or offering organs from a third party obtained for a fee. With this new felony the whole chain of criminal activities aimed at obtaining an organ, offering it for a transplant, capture the organ recipient, and facilitate the execution of the transplant usually through transplant tourism.

Paragraph 2 incriminates the person receiving the transplanted organ who, knowing the illegality of the transplant, consents. If the person who requests these services, whose money is funding and profiteering the criminal organisation, is not punished, the policies aimed only at punishing the traffic promoters and executors will be insufficient.

Paragraph 3 is aimed at combating the criminal organisation, given that offences related to human organs trafficking and transplant tourism are usually committed in the context of organisations with the means and resources to implement them. It is therefore appropriate to expressly foresee the direct imposition of sanctions to to the legal person involved in these offences, closing their establishments or properties and seizing the profits obtained.

Similarly, and in line with the new felony of illegal human organ trafficking, the Criminal Code reform extends the crime of human trafficking. Thus, the new Article 177a will also consider the capture of people to harvest their organs. So this bill reinforces the need to protect the victims of these attacks, as they are also protected if the trafficking is intended to exploit them through sexual or labor means.

The translation of de Criminal Law in Spain — article 156 bis:

1. Who promote, encourage, facilitate or advertise obtaining or illegal trafficking of foreign human organs or transplantation thereof shall be punished with imprisonment from six to twelve years if it were a principal organ, and prison three to six years if the body is not principal.

2. If the recipient of the organ transplant consent to the realization of knowing its illicit origin shall be liable to the same penalties as in the previous section, which may be lowered by one or two degrees in the circumstances of the crime and the offender.

3. When in accordance with the provisions of Article 31a a legal person is responsible for the offenses covered in this article, will be imposed a fine of three to five times the profit made.

In light of the rules set out in Article 66a judges and courts may also impose penalties laid down in subparagraphs b) to g) of paragraph 7 of Article 33.:

b) Dissolution of the legal person. The solution will produce the definitive loss of its legal personality as well as his ability to act in any way in legal transactions, or perform any kind of activity, even if it is lawful.

c) Suspension of its activities for a period not exceeding five years.

d) Closure of its premises and establishments for a period not exceeding five years.

e) Prohibition of future activities in the exercise has been committed, aided or concealed the crime. This prohibition may be temporary or permanent. If it is temporary, the period may not exceed fifteen years.

f) Ineligibility for subsidies and support, to contract with the public sector and enjoy tax benefits and incentives or Social Security, for a period not exceeding fifteen years.

g) Judicial intervention to safeguard the rights of workers or creditors by the time deemed necessary, which may not exceed five years.